Phil Rudd, the drummer of rock legends, AC/DC, has been charged with attempting to hire a hit man to murder two men in New Zealand in September 2014. His band are due to release a new album, Rock or Bust, on November 23.

The New Zealand Herald reports that Rudd’s home was raided by police in Tauranga, New Zealand, on the morning of November 6. He was then taken into custody by police who charged with him possession of weed, meth, threatening to kill and attempting to procure the murders of two people. You can watch his court appearance below:

He appeared in court hours after the raid, he entered no plea, posted bail and was ordered to return to court on November 27. The judge sealed the names of the two men who Rudd allegedly wanted murdered, the name of the hit man was also not released.

2. It’s Not His First Brush With the Law

Rudd appearing in court in 2010 on drugs charges. (Getty)

Back in 2011, Rudd had a possession charge for weed quashed in court on the grounds that a conviction would have prevented him with touring with AC/DC, reported The Bay of Plenty Times in April 2011. He was ordered to pay $1500 in legal fees. The weed was found on his boat in Tauranga.

The band’s former manager, Michael Browning, told Daily Mail Australia that he thought the charge was “a bit of a shock but there you go.”

Phil Rudd is divorced from Lisa O’Brien, the couple married in 1983 and separated in 2006, the couple have six children together, son, Jack, as well as daughters, Milla, Tuesday and Lucia. He also has two kids from another relationship with a French woman, sons Tommy and Steven.

When Rudd left court on November 6, his car was driven by a blonde woman.

In multiple reports from October 2014, it was rumored that Rudd wasn’t involved in AC/DC’s latest promotion work, including being in their newest video, for their new album, which is due on November 23. You can check out one of the new tracks above.

He was replaced by drummer, Bob Richards, for the shoots. Rudd has been with AC/DC since 1994, he left in 1983 after struggling to deal with the death of lead singer, Bon Scott. Along with the rest of the band, Rudd was inducted to the Rock and Roll Hall of Fame in 2003.

5. Aside From Music, Rudd Owns a Restaurant in New Zealand

In addition to being an AC/DC rocker, he also owns a fancy steak restaurant, Phil’s Place, on the Harbor Bridge marina in Tauranga. A New Zealand Herald report on the opening of the restaurant described it as a “a fine dining experience, with the best steak in town, and a sleek interior design including a sound system to allow guests to discover rock for the very first time.”

The restaurant has been beset with problems, closing shortly after opening in 2011 before reopening in 2013 with Phil having to pay a fine for unfair dismissal. In that incident, Rudd was accused ot being violent with his staff, swearing at them and kicking things. 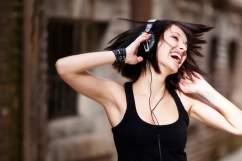