Four rabbis were heinously murdered inside of Jerusalem synagogue on the morning of November 18. The rabbis were praying with about 20 other people when two Palestinian men broke in and attacked the congregation with meat cleavers and a gun. The attackers shot six other worshippers, not fatally, before police first-responders shot-and-killed the attackers.

Three of those who were killed were named as Moshe Twersky, Arye Kupinsky and Kalmen Levine. They are all U.S. citizens. A fourth rabbi who died was English-born Avraham Shmuel Goldberg, reports Haaretz.

Here’s what you need to know about the late Rabbi Moshe Twersky:

1. He Was a Teacher of American Students in Israel

Twersky, 60, had been the dean of Torat Moshe yeshiva in Israel. The school teaches American-Jewish students. Twersky taught the advanced classes, reports the Jewish Press. In addition to Americans, the school also teaches students from South Africa, Canada and the United Kingdom. One of his students, Jonathan Benaim, told the BBC:

I am a final year university student in London. I am a pupil of Rabbi Moshe Twersky having studied with him for a year. Words cannot do justice as to how righteous a man he was. Not only did he die because of his religion, more significantly, he was able to live every moment for it. The world has suffered a terrific loss. 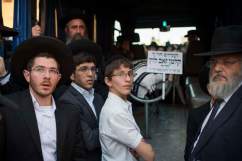 2. Rabbi Twersky Was Married With 5 Kids

He is survived by his wife, Miriam and their five children, reports the Jewish Press. He lived in the Har Nof neighborhood, where he was killed, reports Haaretz. The neighborhood is popular among English-speaking immigrants to Jerusalem.

His father-in-law was Brooklyn, New York, Rabbi Abba Berman. NBC New York reports that one of Rabbi Twersky’s sons is Rafael Twersky, also a rabbi, who lives in the Lakewood Township in New Jersey. He studies at Beth Medrash Govoah, known as Lakewood Yeshiva.

Twersky’s brother, is renowned Rabbi Mayer Twersky. His sister, Tzipporah R. Rosenblatt, is a New York City-based attorney. According to her profile at the website of Loeb & Loeb:

Tzipporah Rosenblatt focuses her practice on estate and business planning, taxation and general estate and trust administration. She also assists clients with regard to their charitable objectives, business succession planning and prenuptial and postnuptial agreements.

The profile adds that she graduated from Harvard University and the Columbia University School of Law. Her husband, Jonathan Rosenblatt, is known for his work in supporting peace efforts between Palestinians and Israelis.

3. His Funeral Was Attended by Thousands

Haaretz reports that he was laid to rest just hours after his death. His funeral was attended by thousands at the Beit HaTalmud yeshiva. He was buried at the Givet Shaul Cemetary.

4. His Father Was a Harvard Professor

His father was a prominent American-Jewish leader, Rabbi Isadore Twersky, started the Harvard Center for Jewish Studies in 1978. He had been a professor at Harvard and prominent Boston rabbi until his death in 1997. In that obit, Jay Harris, a prominent Jewish scholar, said Twersky, “was a real pioneer, pushing us all to rethink the nature of Jewish spirituality in the medieval period and the modern period.”

His grandfather was Joseph B. Soloveitchik, he was a dean at New York’s Rabbi Isaac Elchanan Theological Seminary at Yeshiva University. According to his New York Times obituary, during his time as dean he ordained 2,000 rabbis, more than any other American seminary teacher. The obit added that Rabbi Soloveitchik brought his family to America from their native Belarus in 1932, settling in Massachusetts and starting the first Jewish day school in New England. Haaretz referred to Rabbi Soloveitchik as one of the founders of modern Orthodox Judaism. 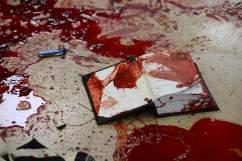 Loading more stories
wpDiscuz
2
0
Would love your thoughts, please comment.x
()
x
| Reply
Dual U.S.-Israeli citizen Rabbi Moshe Twersky was one of those killed during the November 18 terror attack at a synagogue in Jerusalem.