The lemur who starred in the PBS show Zoboomafoo has died, prompting a wave of mourning among fans of the beloved children’s wildlife program.

Jovian, a Coquerel’s sifaka lemur, passed away at age 20.

Jovian died of kidney failure at the Duke Lemur Center in Durham, North Carolina, at 20 years old. He was a grandfather, siring 12 sifakas by two different partners, which led to four grandbabies and two more on the way. The center posted an obituary for Jovian online, which you can view here. Jovian was known as Zoboomafoo on the PBS show.

2. ‘Zoboomafoo’ Only Ran for Two Seasons

Zoboomafoo ran for 65 episodes, from 1999 to 2001, under brothers Martin and Chris Kratt, who had previously hosted another children’s wildlife show on PBS titled Kratt’ Creatures.

Martin Kratt said of Jovian’s death, “He was great to work with. He’d jump in through the window and we’d feed him mangoes or garbanzo beans. Sometimes he’d grab our noses with those soft sifaka hands.” 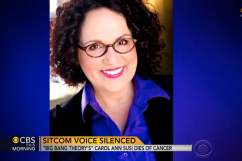 The Coquerel’s sifaka lemur is medium sized and, like all lemurs, belongs to the primate family. They are only native to the Madagascar Islands, with an unknown number in the wild. Families of the Conquerel’s sifaka range from three to 10 members, living primarily trees and rarely seen on the ground. Conquerel’s sifaka lemurs are active during the day, with the females being dominant over the males in a complex hierarchy in the families. Find more information on the lemurs here.

4. The Kratt Brothers Now Star in an Animated PBS Show

Wild Kratts is the brothers’ newest educational children’s show on PBS. The series is an animated adventure focusing on educating children in biology, zoology and ecology. The brothers go around rescuing animals, while in the process educating, sometimes on more adult issues such as the shark fin market or deforestation. This is one of several shows the brothers have done in their career on PBS relating to wildlife education. 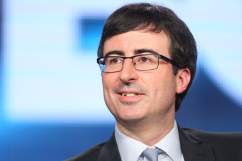 Worked with the lemurs at the zoo today, all of whom are older than 20, and was reminded that my childhood animal friend #Zooboomafoo died.

RIP #Zooboomafoo I was fortunate enough to have seen your crazy lemur antics. Kids today are missing out on a real inspirational treasure.

We're sad to report that Jovian the lemur, AKA #Zooboomafoo, has died at age 20.5. Read a remembrance http://t.co/8kUz74ngOF

I was leap leaping around, leap leap, then I found out Jovian from #Zooboomafoo passed away #RIP

I hope you get all the melons you can handle in lemur heaven, little guy. A bit of my childhood literally died today. RIP #Zooboomafoo!

A huge part of my childhood died today. Rest in piece little buddy, you were the coolest lemur ever. :'( #Zooboomafoo pic.twitter.com/cG5BpQ2PFm

8 Actors Who Should Star With Ryan Reynolds in ‘Deadpool’

Loading more stories
wpDiscuz
3
0
Would love your thoughts, please comment.x
()
x
| Reply
Jovian, a Coquerel's sifaka lemur and star of PBS' children's wildlife program Zoboomafoo, has passed away at age 20, sparking a wave of mourning on the Internet.