A beautiful teenager in North Carolina committed suicide just before Christmas due to the bullying she received at high school. Amber Cornwell was found dead at her home in East Flat Rock, North Carolina, on December 20. Now her parents are speaking up in the hope that other teenagers don’t suffer the same fate. You can watch a touching tribute video to Kim above.

1. The Night Before Her Death, Amber Had Been on a Date

Speaking to WLOS in North Carolina, Amber’s mother, Kim, said, “This feels like a horrible nightmare that I won’t wake up from.” Her mother adds that the night before she found her daughter dead, Amber had been on a date and seemed to be in great spirits. “We thought this was a great year, she was 11th grade this year, she played tennis, she was in dance, she was in chorus,” her mothers says. Amber Cornwell had been a student at East Henderson High School.

2. Her Mother Says Amber Had Been Bullied ‘For So Long’

Speaking to a local newspaper in Henderson County, Blue Ridge Now, Kim Cornwell said that her daughter “hung herself in her closet. She’s just 16 years old. Sixteen years is way, way too young to die. It’s just not fair…it’s not fair.” She added that she spoke to the boy her daughter had gone out with, he was also in shock, Kim says “There was nothing wrong between them.” This led Kim Cornwell to the conclusion that her daughter had been bullied:

She’s been bullied for so long, by the girls especially. They picked on her all the time and called her names, even though the school is supposed to have zero tolerance for bullies. It’s just a slap on the wrist. The kids need to learn the consequences. My daughter’s gone. I would love to get up in front of the entire student body and tell Amber’s story for everyone to hear.

On her now-deleted Facebook page, Amber left a chilling status update as her final message, Kim Cornwell says, “She put something on Facebook, that said if I die tonight, would anyone cry? I want her to know, yeah I’m crying. My heart is broken.”

4. Someone Familiar With Amber Said the School Did Nothing to Help

A Facebook tribute page has been set up to Amber Cornwell. It has over 1,000 likes. One commenter wrote on the page:

I spoke with a student, who was friend’s with Amber and attends EHHS. I am deeply disheartened and saddened to know of the people she reached out to for help and nothing was done to assist her.(Regarding certain issues). My kids attended EHHS. As an advocate, I am highly discouraged. As a Mom and friends with many students, I am heart-broken. Please, know I am praying for you all and for the parents, family and friends, reach out to one another. Please, look up and not out. R.I.P. Amber, you will be missed but never to be forgotten. In Christ…

The page adds that donations can be made to the family through the website of the Jackson Funeral Service. The family told WLOS that they are having trouble covering the costs of the funeral.

In 2012, the most recent year that has full data, there were 40,600 suicides in the U.S., according to the American Foundation for Suicide Prevention. Close to 11 percent of those suicides where for ages 15 to 24, the highest age-group, percentage wise, was the 45-59 age-group, which made up nearly 20 percent of the rate.

If you, or anybody you know is suffering from depression or suicidal thoughts, please call the National Suicide Prevention Lifeline at 800-273-8255. You can watch a video about what to expect when you call the hotline above. 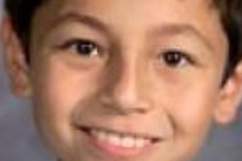