A Tea Party congressman is facing an embarrassing lawsuit from a former staffer who says she was fired for complaining about the sexual harassment she suffered. Lauren Greene was fired from the office of Texas U.S. Rep. Blake Farenthold during the summer of 2014. A few months later Greene filed a lawsuit in the nation’s capital and demanded compensation for being fired. Both parties came to a settlement in the suit before it ever made it to court.

In a statement that Farenthold released in December 2017, the congressman referred to a statement he made about the case three years previously the agreement made with Greene which stated, “Defendant disagrees strongly with the Plaintiff’s allegations in the Complaint, and Congressman Farenthold adamantly denies any wrong doing.”

1. Farenthold Is Reported to Have Used a Secret Congressional Account to Pay Off Greene

Politico reported in December 2017 that Farenthold allegedly used taxpayer money to pay off Greene. The fee is said to be in the region of $84,000. Greene’s case was dropped by the U.S. District Court after both sides came to a private agreement. The Politico report adds that Mississippi Republican Congressman Gregg Harper told fellow GOP lawmakers that only one congressman had used an Office of Compliance account to settle a sexual harassment claim.

The D.C. blog Heard on the Hill reported on December 15 that Farenthold, a father of two, owned the domain name for the website http://www.Blow-Me.Org.

Rep. Blake Farenthold has owned the domain since 1999, the height of the “dot com boom.” A spokesman for Farenthold’s office told Heard on the Hill:

Prior to serving in Congress, Mr. Farenthold operated a computer consulting company that routinely bought domain names including the one in question. The domain name has never been used and Mr. Farenthold has no intention to renew it.

Farenthold’s ownership of the domain expires in July 2015. During his first campaign for the house in 2010, Farenthold was pictured wearing pyjamas with a lingerie clad girl, in pictures that went viral. The photos were also used by Farenthold’s opponent, Solomon Ortiz, in campaign ads:

3. Greene Claims Farenthold Said He Had ‘Wet Dreams’ About Her

The lawsuit was filed on December 12.

4. She Claims Farenthold’s Chief of Staff Said He ‘Could See Her Nipples’

In her complaint, Greene says that Farenthold’s Chief of Staff Bob Haueter also served to create as hostile work environment. She says that Haueter engaged in gender discrimination and that he refused to acknowledge Greene’s promotion to director of communications. In one instance, Greene says that she was sent home because Haueter said “he could see [Greene’s] nipples through her shirt.” In 2014, Greene met with Farenthold to complain about Haueter, Farenthold told her to stand up for herself. Bob Haueter remains as Farenthold’s chief of staff.

5. Her First Job in DC Was With an Alcoholic Congressman

According to her LinkedIn Page, Greene worked for Oklahoma’s Republican Congressman John Sullivan, who received treatment for alcoholism, from September 2009 to January 2013. She left his office to work for Farenthold. Her LinkedIn also shows that she’s a native of Charleston, South Carolina, and that she attended the College of Charleston. Prior to going into politics, she worked for the Ronald McDonald House Charities.

According to her Twitter account, Greene is a “ClemsonFB fanatic.” She regularly posts pics from games and RTs players tweets. On December 4, in keeping with her college football theme, she criticized blogger Terez Owens’ coverage of Jameis Winston’s rape allegations in a series of tweets. 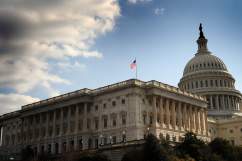