The American hostage who appeared this week in an al-Qaeda propaganda video pleading for his life was killed this morning during a failed rescue mission in southern Yemen.

Luke Somers was reportedly shot by his captors during the U.S. Special Forces raid. A military official told the New York Times that U.S. commandos found Somers badly wounded and flew him to a naval ship, but he died before arrival.

Somers, a 33-year-old photojournalist, was kidnapped in Yemen in September 2013. Here’s what you should know about him and the events leading up to his tragic death.

1. Obama, Who Ordered the Raid, Condemned the ‘Barbaric Murder’ 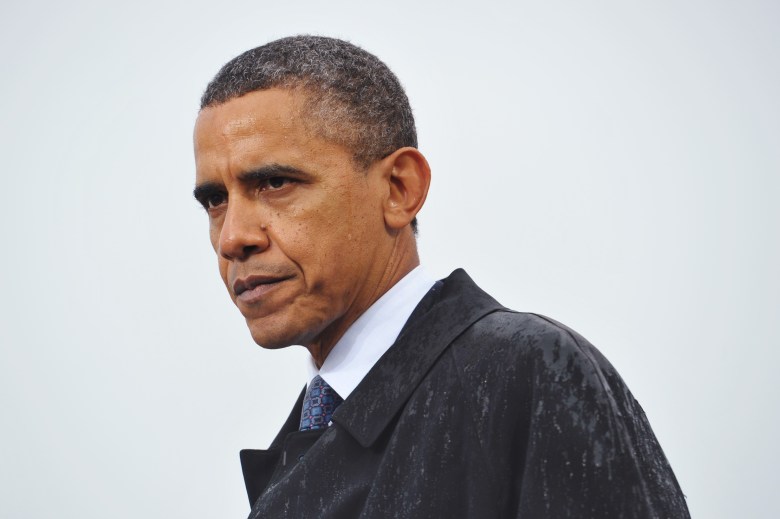 President Obama, who authorized the mission, released a statement explaining his actions and condemning the “barbaric murder”:

The United States strongly condemns the barbaric murder of Luke Somers at the hands of Al-Qa’ida terrorists during a rescue operation conducted by U.S. forces in Yemen in partnership with the Yemeni government. On behalf of the American people, I offer my deepest condolences to Luke’s family and to his loved ones. I also offer my thoughts and prayers to the family of a non-U.S. citizen hostage who was also murdered by these terrorists during the rescue operation. Their despair and sorrow at this time are beyond words.

It is my highest responsibility to do everything possible to protect American citizens. As this and previous hostage rescue operations demonstrate, the United States will spare no effort to use all of its military, intelligence, and diplomatic capabilities to bring Americans home safely, wherever they are located. And terrorists who seek to harm our citizens will feel the long arm of American justice.

Luke Somers was kidnapped fifteen months ago in Yemen and held hostage by Al-Qa’ida in the Arabian Peninsula (AQAP). Since his capture, the United States has been using every tool at our disposal to secure his release. Earlier this week, a video released by his terrorist captors announced that Luke would be killed within 72 hours. Other information also indicated that Luke’s life was in imminent danger. Based on this assessment, and as soon as there was reliable intelligence and an operational plan, I authorized a rescue attempt yesterday. I also authorized the rescue of any other hostages held in the same location as Luke.

Luke was a photojournalist who sought through his images to convey the lives of Yemenis to the outside world. He came to Yemen in peace and was held against his will and threatened by a despicable terrorist organization. The callous disregard for Luke’s life is more proof of the depths of AQAP’s depravity, and further reason why the world must never cease in seeking to defeat their evil ideology.

As Commander-in-Chief, I am grateful to the U.S. forces who carried out this mission as well as the previous attempt to rescue Luke, and to the dedicated intelligence, law enforcement, and diplomatic professionals who supported their efforts. I also deeply appreciate the support and assistance provided by President Hadi and the Yemeni government, and reiterate our strong commitment to combating the shared threat posed by AQAP.

We remember Luke and his family, as well as the families of those Americans who are still being held captive overseas and those who have lost loved ones to the brutality of these and other terrorists. We remain determined to do our utmost to bring them home, and to hold those who have done them harm accountable.

2. This Was the Second Failed Mission to Rescue Somers

On November 25, 2014, a U.S. Special Forces mission in Yemen rescued six Yemenis, a Saudi and an Ethiopian man who were being held at a mountain cave by Al-Qaeda in the Arabian Peninsula, or AQAP, reported the New York Times. There had been rumors that an American was also freed in the mission, but they proved to be false.

With al-Qaeda’s release of the Somers video, it was revealed that the November 25 mission aimed to rescue the American, forcing the U.S. government to acknowledge that previously classified information. A source told the Washington Post that the November mission “narrowly missed him.” Somers had been moved by his captors before the raid.

As soon as the U.S. government had reliable intelligence and an operational plan, the president authorized the department of defense to conduct an operation to recover Mr Somers. … The details of the operation remain classified. The overriding concern for Mr Somers’ safety and the safety of the U.S. forces who undertake these missions made it imperative that we not disclose information related to Mr Somers’ captivity and the attempted rescue.

The Department of Defense released this official statement about the November raid:

The United States attempted a rescue operation recently to free a number of hostages, including U.S. citizen Luke Somers, held in Yemen by Al-Qaida in the Arabian Peninsula. This operation was conducted in partnership with the armed forces of Yemen and involved air and ground components. Some hostages were rescued, but others — including Somers — were not present at the targeted location. Details about the mission remain classified.

We are only acknowledging the fact of the operation now to provide accurate information given that it is being widely reported in the public domain.

As we have said repeatedly, the United States government is committed to the safety and well-being of its citizens, particularly those suffering in captivity. We use the full breadth of our military, intelligence, law enforcement, and diplomatic capabilities to bring people home whenever we can. The United States will not tolerate the abduction of our people, and will work tirelessly to secure the safety of our citizens and to hold their captors accountable.

3. Somers Said He Was ‘Certain That My Life Is in Danger’

Somers pictured around the time he was kidnapped in September 2013. (Facebook)

In September 2013 he was taken by al-Qaeda operatives in the Yemeni capital of Sana’a, according to the monitoring group SITE Intel. At the time he was taken, Somers had been working in Yemen for two years, according to the Middle East Institute. He was kidnapped in front of a supermarket in broad daylight, reports National Yemen.

In the video uploaded on December 4, Somers pleads for his life:

My name is Luke Somers. I’m 33 years old. I was born in England but I carry American citizenship and have lived in America for most of my life.

It’s now been well over a year since I’ve been kidnapped in Sana’a. Basically I’m looking for any help that can get me out of this situation. I’m certain that my life is in danger.

So as I sit here now, I ask if anything can be done, please let it be done. Thank you very much.

The National Dialogue Conference in Yemen in 2013 where Somers worked as a translator. (Wikipedia)

Somers moved to Yemen in 2011 had been working in the Arabian peninsula as a photojournalist. The Associated Press reports that Somers had been working for the Yemini Times when he was captured of the street in Saan’a: “Since his capture, Yemeni journalists have been holding sit-ins in Sana’a to press the government to seek his release.”

According to the Middle East Institute, he’s been working as a translator with the National Dialogue Conference in Yemen, an event designed to promote stability in the country.

A day after al-Qaeda’s video threatened to kill Somers within 72 hours, his brother, Jordan, and mother, Paula, released their own video (above) pleading for his captors to spare his life. They say Somers respects the people of Yemen and is not responsible for the actions of the U.S. government.

According to his Facebook page, Somers was born in London, England, and studied at Beloit College in Wisconsin. In the video he says he spent most of his life in America.

The BBC reports that he had been living in London prior to moving to Yemen.

The video of Somers also showed al-Qaeda spokesman Nasser bin Ali al-Ansi (above) telling the world that Somers would be executed if demands were not met. Al-Ansi said the U.S. government had three days to meet demands or “otherwise the American hostage held by us will meet his inevitable fate.” Previously, al-Ansi had called on Jihadist groups in Syria to unite against western powers. 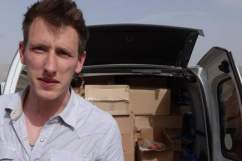 Loading more stories
wpDiscuz
0
0
Would love your thoughts, please comment.x
()
x
| Reply
American hostage Luke Somers has been killed during a failed mission to rescue him in Yemen, days after he appeared in an al-Qaeda video pleading for his life.