Three students were shot in front of a peace mural just outside of their alternative high school in Portland, Oregon. The gunmen fled the scene, prompting panic and a massive search on an otherwise quiet Friday lunch time.

1. Around 5 Shots Were Fired

The Oregonian reports that police at the scene are looking for suspects who fled the scene. According to an official press release, cops think there are two perps. You can watch video from the scene above.

A resident of the area, Tamara King, told the Oregonian that she heard five shots in quick succession. Pete Simpson of the Portland PD told the media that it’s not being treated as an “active shooter” and it could be “gang related.” The family of one of the victims told KATU News that he has “no gang affiliations.”

According to the Washington County Scanner Twitter account, three people have been injured, all three were shot. The Oregonian reports that one male student was shot in the back and another female, 16, was shot in the chest. The victims ran inside the school for help. All of the injured have been taken to Emanuel Hospital. The female victim underwent surgery shortly after her admission.

Her friend was shot at RAHS. "Thought it was a joke, then I saw the blood."#LiveonK2 pic.twitter.com/8mJyTHxHIX

All three victims are conscious and breathing. The third victim is also male. There has been no loss of life in the shooting.

3. Bullet Casing Have Been Found at the School’s Entrance

On scene of shooting. pic.twitter.com/GBbGmisuEh

Around an hour after the shooting, just after 1 p.m. local time, police cleared the school and a lockdown was lifted. The shooting happened at the front of the school on Killingsworth Court. Maxine Bernstein with the Oregonian reports that bullet casings have been found outside the school.

4. The Public Are Advised to Avoid the Area

A massive police presence is at the school, Cops are advising the public to avoid the area. The school is close to Portland Community College’s Cascade campus and Jefferson High School, which were locked down for two hours after the shooting. Parents are being reunited with their kids at Kerby and Killingsworth Court, where police are staging.

5. There Are Only 200 Students Enrolled at the School

On its official website, the school describes itself as:

Enrolling up to 190 students annually at our North Killingsworth location, our at-risk students have either been expelled or dropped out of public high school and many are homeless. RAHS provides open-door year round access to the “last chance” to complete a high school education, and is currently achieving a 90% graduation rate amongst students who enroll and attend classes.

The shooting comes just two days shy of the two year anniversary of the Sandy Hook massacre in Connecticut. 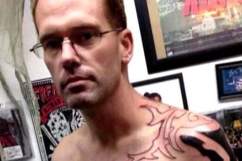