“Life Imitates Art – Imitates Life” – Spike Lee. In this incredible mashup video uploaded by Spike Lee’s production company, 40 Acres and a Mule, on Vimeo, it shows the parallels between the killing of Eric Garner and the death of Radio Raheem in Do the Right Thing.

The video was first published around the time of Garner’s death on Staten Island in July 2014. On December 3, the Staten Island prosector announced the officer Daniel Pantaleo would not face any charges in the choking death of Garner. 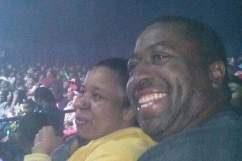