Former U.S. Marine David Berry (inset) has been killed in a terror attack at the Corinthia Hotel in Libya. This image grab from an AFPTV video shows smoke rising outside the hotel from a car bomb designed to kill or injure victims fleeing the attack. (STR/AFP/Getty)

Terrorist gunmen stormed a five-star hotel in Libya on the morning of January 27 and killed nine people including one American before blowing themselves up. The American has been identified as former U.S. Marine David Berry, who had been working in Libya as a security contractor.

Here’s what you should know about Berry and the terrorists who murdered him:

1. His Father Said David Berry Has ‘More Respect & Honor for This Country Than You Would Believe’

Berry was first named by the New York Daily News, who spoke to Berry’s boss, Cliff Taylor. Taylor is the CEO of security company Crucible. Taylor told the News, “Our company was unfortunately a victim of the terrorist event. We would like to extend out extraordinary condolences to the family of our employees as we mourn their loss with them.” On the company’s Facebook page, Team-Crucible is described as a non-government organization that is a “preeminent provider of high-risk environment security management, operations and training for employees of the U.S. government.” Berry was a native of Arizona, according to his father, James Berry, who was speaking to the Wall Street Journal. James Berry told the Journal “My son is a warrior, he always wanted to do what he’s doing right now, or what he did up to this day. He was a man who had more respect and honor for this country than you would believe.” David Berry was shot in the head during the attack although it’s unclear at what point during the assault he died.

2. In the Marines, Berry Was an Anti-Terror Specialist

According to his LinkedIn page, Berry was a U.S. Marine from September 2000 to 2012. Since July 2014, he was based in Tripoli, working in security. His page includes this description of his exploits: “He has worked in highly dynamic, challenging, and fluid environments often in hostile and austere locations throughout the world.” During his time in the Marines, Berry specialized in anti-terror tactics. His page states that he has worked for numerous security companies since leaving the service.

3. Nine Victims Died in the Attack

In total, nine victims were killed in the attack. Reuters reports that the assault began on the morning of January 27. Gunmen blasted their way through the posh Corinthia Hotel, eventually making their way to the 24th floor, which the AFP describes as a “major hub of diplomatic and government activity.” The leader of Libya’s opposition, Omar Al-Hassi, was on the 22nd floor at the time of the attack.

After the initial attack, a car bomb exploded, impacting hotel guests and staff who were trying to escape. As guards closed in, the gunmen blew themselves up. Reuters reports the terrorists detonated a grenade, while AFP reports they detonated “explosive belts.” In addition to Berry, the other victims are four Libyans, a French citizen, two Filipinos and a South Korean. The two Filipinos worked for the Tripoli airline, Buraq Air. The day after the attack, the Libya Herald reported that the death toll may rise to 13 people. The Herald also reports that four other Americans were safely identified from the hotel.

4. An ISIS-Inspired Group Claimed Responsibility, Citing Revenge for the Accused Embassy Bomber Who Died This Month in N.Y.

#IS #ISIS affiliated site pays homage to 1 of the attackers on Corinthia Hotel #Tripoli #Libya. Attacker is Tunisian pic.twitter.com/eJuALNCbcu

The terrorist monitoring group SITE Intelligence says that a group known as the Islamic State in Tripoli Province has claimed responsibility for the attack. SITE named two of the attackers as Abu Ibrahim al-Tunisi and Abu Suleiman al-Sudani. The New York Times reports that the gunmen shouted “God is great” as they began their attack.

The group claims the attack was revenge for the death of accused al-Qaida operative Abu Anas al-Libi. Libi, charged with involvement in the bombings of U.S. embassies in Kenya and Tanzania in 1998, died in a New York hospital this month while awaiting trial.

5. The Corinthia Hotel Attack Brings Back Memories of Benghazi

This is the first major attack on foreign nationals in Libya since the September 2012 Benghazi attack that killed four Americans. The group Ansar al-Sharia claimed responsibility for that attack.

The head of the U.S. military’s Africa Command Gen. David Rodriguez told the the media about the growing threat of Islamist terrorism in North Africa. General Rodriguez said, “What we’re worried about is the movement of the facilitators and leaders, and then follow that by the movement of arms, ammunition, explosives.” 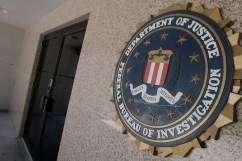 Loading more stories
wpDiscuz
0
0
Would love your thoughts, please comment.x
()
x
| Reply
A former U.S. Marine is among nine victims killed by ISIS-loyal militants in a terror attack on a five-star hotel in Tripoli, Libya.