A Greek F16 fighter jet has crashed at Albacete air base in central Spain, killing 10 people including the 2 pilots onboard.

The crash happened at 3:30 local time and is being blamed on a improperly performed maneuver. Immediately following the resulting explosion, Twitter and other social sites began to show pictures of the disaster. Raw camera footage was even acquired.

Here’s what you need to know about the disaster. 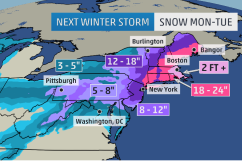 1. It Happened in Central Spain

The crash occurred in south-central Spain at 3:30 PM local time at Los Llanos air base in Albacete, Spain. “Albacete” derives its name from the Andalusian word for “plain.”

The crash occurred in the parking lot and killed both the pilots onboard and 10 bystanders.

According abc.es via The Russian Times:

…a Greek pilot executed a wrong maneuver during takeoff resulting in the jet ditching, an explosion and a massive fire. Two French planes overhead during the incident had to land at San Javier base in Murcia, 140 kilometers away.

Condolences to the family and friends of the 2 Greek F16 pilots killed in Spain crash. http://t.co/2aUnh65rYJ pic.twitter.com/PZyprVHERp

Once the initial explosion happened, local fire and emergency vehicles descended on the scene, including news reporters.

The Spanish minister of defense and the Spanish Air Force was also spotted at the site.

4. The Air Base was Participating in NATO Training

According to the Spain Report:

The Los Llanos base is used to stage NATO’s Tactical Leadership Programme, in which the Greek aircraft was taking part.

The Tactical Leadership Programme (TLP) is an organisation formed under a Memorandum of Understanding between 10 NATO nations. TLP is not part of the NATO structure, but linked to NATO…

5. Greece is Already in the News

Greece is making news headlines because they just had their national elections and elected a near-communist, socialist leader as their prime minister, Alexis Tsipras. The European Union immediately reacted because Greece owes lots of money to the union for its ability to use the Euro as currency.

According to the BBC:

Eurozone finance ministers are meeting in Brussels to consider how to deal with the new government in Greece, which replaces the conservative-led coalition headed by Antonis Samaras.

Loading more stories
wpDiscuz
0
0
Would love your thoughts, please comment.x
()
x
| Reply
A Greek F16 fighter jet has crashed at Albacete air base in central Spain, killing 10 people including the 2 pilots onboard.