On December 30, 2014, Jerame Reid of New Jersey was shot and killed by police after a traffic stop due to rolling through a stop sign.

Reid, now deceased, and and the driver of the car were both black.

Above is the recently released dashcam video of the officers on the scene, Braheme Days and Roger Worley. Days is black and Worley is white.

In the video, Days and Worley pulled over a Jaguar. When they approach the car, Days reports seeing a handgun in the glove box. A tense situation unfolds where Days reaches into the car and appears to remove a handgun.

Reid then begins to step out of the car despite being told repeatedly not to move.

With both of Reid’s hands raised, the officers open fire on him.

But there may be more to the story. Yahoo! News reports:

Reid, 36, spent about 13 years in prison for shooting at three state troopers when he was a teenager. And Days knew who he was; Days was among the arresting officers last year when Reid was charged with several crimes, including drug possession and obstruction.

Public outcry has likened the death to the police-involved deaths of Michael Brown and Eric Garner. 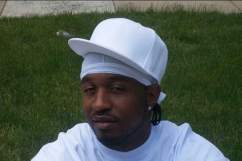 Loading more stories
wpDiscuz
7
0
Would love your thoughts, please comment.x
()
x
| Reply
Jerame Reid was shot and killed by police on December 30, 2014 during a traffic stop in Bridgeton, New Jersey. The man was unarmed but has a violent history.