A successful Washington, D.C., man has launched a massive campaign to meet the father he never knew. Lamar Carter, 28, overcame poverty and an underprivileged upbringing and now wants to share his accomplishments with his father. Carter’s search began with a Facebook plea, and now it’s getting serious media attention.

1. He Thinks His Father Was a New Jersey Cop Named Sonny Tyler

2. His Mother Died of AIDS When Carter Was 2

Carter was born in Newark, New Jersey, in November 1986. He was the son of Yvette Marie Carter. WUSA 9 reports that Yvette Carter died of AIDS in 1988. The report states that Carter has come to terms with his mother’s struggles with drug addiction, prostitution and petty crime. He told the station:

From what I’ve heard, she was a great person. She fought her share of demons, she had some run-ins with the law, things of that nature but it was all about us.

Carter also told WUSA that he and his sister, Christine, who is older, were raised by their grandmother. He adds that his upbringing was tough and that he was bullied as a child. He explained the reason for the sudden search to the station saying:

I may get married soon, I may have kids soon, things like that need to be shared with family. So that’s all I really want. I want to see him, hug him. And let him know what he missed.

Carter stressed that he is not searching for his father because he wants money, “he wants to fill a void he’s felt for years.”

3. Carter Graduated From Rutgers in 2009

On his Twitter profile, Carter describes himself as “NJ to DC.” He’s a Rutgers University graduate with a degree in communications. He’s in a relationship with a woman named Jazmin Heartfield.

4. Carter Used to Work in the WNBA

On his LinkedIn page, Carter says that he works as “Assistant Director for Athletic Media Relations at Howard University.” Previously he worked for Madison Square Garden promoting the WNBA’s New York Liberty team. He also worked for Dime Magazine and at ASA College in Brooklyn. A Howard University article welcoming Lamar to the school said he also works for a nonprofit in New Jersey called Against All Odds.

5. He Battled Depression & Was Nearly Kicked Out of College

A Rutgers University article about Carter, published when he was graduating, states that he battled depression during his early years at the school. Eventually, he wound up on academic probation. In June 2007, he got a letter telling him he was being “released” from the school. Carter said of the time, “I felt ashamed. I feel ashamed when I can’t please people.” He was able to turn it around, attending summer school in 2007, and remained at Rutgers. He graduated in 2009 with a major in communications and a minor in sociology. Carter is also a noted photographer, taking pictures for the Rutgers school paper. One of his photos ended up in the memoirs of female basketball hero C. Vivian Stringer. 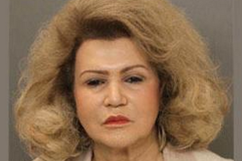