The scene during the fire. (Twitter/@Keals2005)

Multiple people have been hospitalized in what’s been described as a “mass casualty incident” at Washington D.C.’s L’Enfant Plaza. Smoke was first reported at the station at 3:20 p.m.

1. The Cause of the Fire Is Unknown

The cause of the fire has not been determined, reports My Fox D.C. According to reporter Scott MacFarlane, it’s coming from the upper level of the station. At 5 p.m., the D.C. police department tweeted that the station had been completely evacuated.

2. Passengers Who Were Stuck on Trains Were Passing Out

L'Enfant Plaza evacuated due to fire. DC EMS just loaded a woman into ambulance after performing CPR for 5 min. pic.twitter.com/r7VqaZf4VQ

Unconscious people were found at the station and have been transported to area hospitals. The station is being closed with reports that some people are stuck in trains. CBS D.C. reports that there are no injured people who are stuck on trains.

@WTOP I was in back car on yellow line between l'enfant and Pentagon. We were let off after 45 minutes pic.twitter.com/1mInNtheUk

WUSA reporter Mola Lenghi tweeted that one passenger told them that people were stuck on trains for 20 minutes while smoke built up in the car. The passenger said were “screaming, passing out.” Reporter Scott MacFarlane tweeted that injuries are “minor.” One person is believed to be seriously injured, that person later died in hospital.

3. The Fire Is Creating a Commuting Nightmare

4. The FBI Are on the Scene

There is a massive police and fire fighters operation underway at the station. According to the D.C. Fire Department, the term “mass casualty” is used when “additional resources are potentially necessary on large scale incident.” A fire department source told My Fox D.C.’s Marina Marraco that “our radios are failing big time.” The FBI are also on scene.

L’Enfant plaza is one of the busiest in D.C.’s metro system. (Wikipedia)

The metro station at L’Enfant Plaza was opened in July 1977. In addition to serving the metro, the train station also serves the Virginia Railway Express. There is a 16,000 parking lot beneath the station, the second largest lot in D.C. 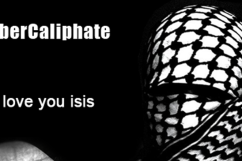