A man in California has been arrested and charged with sexually assaulting and murdering his 19-day-old baby. The father, Matthew Brendan Warner, 30, has been officially charged with murder, assault on a child causing death, oral copulation, sexual penetration and torture on a child 10 years or younger. His daughter, Ellorah, was less than a month old.

1. The Baby’s Body Was Found Stashed in the Cab of a Pick Up Truck

Ellorah was found in a truck along Newhall Avenue in Santa Clarita, California. (Google Street View)

Warner was taken into custody by police on January 24 after his daughter was reported missing on January 23. The Los Angeles Times reports that after he was arrested, he brought cops to a pickup truck a mile from his home in Newhall, California. Inside the cab of the truck, Los Angeles County sheriff’s deputies found the body of 19-day-old Ellorah. She was pronounced dead at the scene. The cause of death has not been made public.

2. Warner Went With His Girlfriend to Report the Baby Missing

Ellorah’s grandmother, Nan Allison, told the Los Angeles Times that her daughter, Warner’s girlfriend, Tawni Wallis, left for work at a daycare center on the morning of January 23. Nan Allison said that later in the day, she heard crying coming from the room that Warner shared with the baby’s mother.

When Nan Allison tried to call 911, she found that the phone had been disconnected. She went to a neighbors to make the call, when she went back home, Warner and baby were gone. Neighbors told KTLA that they saw Warner carrying a bundle out of the home on the afternoon of January 23.

At 9:30 p.m. that night, Warner went with the baby’s mother to the police to report the child missing. A search involving 50 officers was conducted overnight before Warner was arrested. Nan Allison also told the Times that she thought that Warner had been acting more hyper than usual on the day of the baby’s death.

3. Warner Was Out on Probation

Warner was on supervised release from prison following a 2012 arrest and conviction for joyriding, reports KTLA. According to the Los Angeles County district attorney’s office, he’s been convicted three times of joyriding since he was 18. Speaking to ABC Los Angeles, Warner’s mother, Victoria Law Thomson said that her son had a history of drug addiction. She said, “I still believe in you. I just wish you’d reacted different. I think you made some really idiotic choices.”

4. At a Vigil, Warner’s Mother Said She Couldn’t Believe Her Son Could Act ‘So Inhumanely’

Mourners embrace at a vigil for Ellorah. (Screengrab via ABC Los Angeles)

A vigil was held for little Ellorah on the night of January 27 at Old Orchard Park in Newhall, California. Matthew Warner’s mother told KTLA she didn’t understand what happened, “That’s something like a parent’s worse nightmare that someone in the human race could behave so inhumanely with no regard…and to someone just barely three weeks. I don’t get it.”

You can make a donation to Ellorah’s family here.

5. The Baby’s Mother Is Unlikely to Face Any Charges

Warner has been held on a bail of $2.25 million after facing a judge in San Fernando Superior Court on January 27. The suspect said nothing during the appearance but nodded in agreement with the judge. He could face life in prison if convicted. His next court day has been set for February 18, reports ABC Los Angeles. He’s being held at the Twin Towers Correctional Facility in Los Angeles. Ellorah’s mother is unlikely to face any charges in the case, she has been co-operating with the investigation. 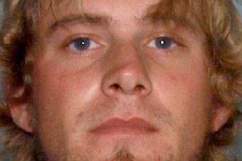