Some 70 people were killed at a Mozambique funeral after drinking beer that had been laced with deadly crocodile bile. The poison was added to a homemade local brew known as Pombe.

Here’s what you need to know about this national tragedy:

The tragedy happened in the Cahora Bassa district in western Mozambique. (Google Maps)

In addition to the 70 people killed, 169 people are being treated at a hospital after attending the funeral. Speaking to Reuters, a local health official, Paula Bernardo, said, “As we prepared to determine the cause of death of people we began to receive a lot of people with diarrhea and other muscle aches. After that we began to receive dead bodies from several neighborhoods.” She said the area doesn’t have the medical resources to deal with a health crisis like this. Blood samples of the deceased are being sent to the country’s capital, Maputo, for tests.

2. The Woman Who Brewed the Beer Is Among the Dead

Pearl millet is used in the making of Pombe. (Wikipedia)

The funeral was held on January 10. Most of those who attended had some of the Pombe. The funeral was held in the morning, with most victims not falling ill until late in the afternoon. The woman who brewed the beer also died after drinking it. Paulo Bernando, a provincial director of health, told Radio Mozambique, “People flocked to the hospital, suffering from diarrhea and muscle pain. Then bodies from various neighborhoods were brought to the hospital, and this alerted us.”

A full investigation is under way into the funeral deaths. Donations are being collected for the families of the victims. The AFP reports that January 12, 13 and 14 have been declared a national days of mourning by Mozambique’s President Armando Guebuza.

4. The Beer Is Usually Shared by Large Groups Sharing the Same Pot

A single serving of Pombe beer.

Pombe is a local specialty in eastern Africa. Pombe is the Swahili word for “from beer.” It is generally brewed in a large pot with drinkers traditionally using straws to ingest the drink, straight from the pot.

In 1890 German brewers isolated the yeast species used in fermentation of the traditional drink.

5. ‘Even the Most Minute Portion’ of Crocodile Bile Is Fatal

In eastern Africa, hunters will always deeply bury any crocodiles that are killed to prevent others from using the bile as a weapon, according to the medical journal BMJ. In 2010, a high-ranking Kenyan police officer was killed after being poisoned. Investigators believed that his drink had been laced with crocodile bile, reported the African Press. A source told the agency then that “even the most minute portion” can kill, adding that the bile cannot be traced through the body during postmortem examination. The bile, however, is considered to be therapeutic in China and is traditionally used in tiny doses to fight cold, flu and asthma. 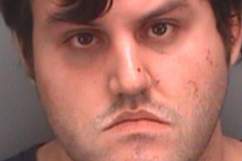