Ronnie Berlack, 20, was the U.S. Ski Team Olympic prospect who died in an avalanche while skiing in Soelden, Austria on Monday, January 5, 2015. 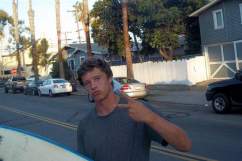 1. He Died Alongside Another U.S. Ski Team Olympic Prospect

The two were freeskiing with a group of six fellow athletes when the avalanche hit.

2. He Was From New England

Berlack grew up racing in New Hampshire and had been a student-athlete at Vermont’s Burke Mountain Academy. He was named to the U.S. Ski Team’s Development Team following two top-20s at the 2013 U.S. Alpine Championships and a spring tryout camp.

In spring 2013 he attended a tryout camp for the U.S. Ski Team’s Development Team at Mammoth Mountain, California.

Once joining the team, he competed internationally in South America and most recently Canada.

He was in Austria to train.

The avalanche occurred in Soelden, in the Ötztal valley of Tyrol, Austria, which sits in the Alps.

The two were among a group of six athletes freeskiing at the Austrian resort. The other four skied out of the slide and were not injured.

According to postings on Twitter, the weather was ripe for an avalanche.

The above photo was posted just 4 hours ago from Soelden and translates to: “Avalanche Danger.”

5. No Funeral Info Yet

No information on memorial services is available yet due to the tragedy having just occurred today.

This is a developing story. It will be updated as more information becomes available. 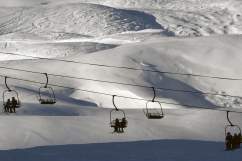 Skiers Die in Avalanche: 5 Fast Facts You Need to Know