Reports of an active shooter terrified the staff and patients at VA Clinic in El Paso, Texas. Shots were fired inside the William Beaumont Army Medical Center late at around 4 p.m. local time on January 6.

1. The Gunman Shot a Doctor, Then He Killed Himself

#breaking it appears that police have set up a perimeter around the hospital. We can see hospital personnel outside pic.twitter.com/vGdz4rPlAZ

Two people have been wounded, including the gunman. Bill Melugin with CBS El Paso witnessed a coroner van pulling into the hospital in the immediate aftermath of the gunshots. A doctor was shot by the gunman. The shooter then turned the gun on himself, committing suicide. That information was confirmed by local congressman Beto O’Rourke who was speaking to ABC-7. The doctor’s condition is unknown.

My thoughts and prayers are with those who work at the El Paso VA clinic.

2. The Hospital Was Totally Locked Down

The scene during the lockdown. (Twitter/@wildcat915)

The hospital was locked down after police responded to the hospital, reports KTSM. Reports from the ground indicated that there were multiple SWAT teams on the scene and helicopters were circling above. The El Paso PD surrendered control of the crime scene over to military police. KVIA reports that Homeland Security officers were on scene.

3. The Situation Was Quickly Brought ‘Under Control’

A Pentagon source told CBS reporter David Martin that the situation is “under control.” This information came around 5:30 p.m. local time, an hour after the “active shooter” was first reported.

Armed soldiers have arrived on the scene. pic.twitter.com/W6qivt4oK9

4. The Hospital Is One of the Largest in El Paso

The William Beaumont Army Medical Center is one of the largest buildings in El Paso at 254,000 square feet. The clinic was closed the day after the shooting, on January 7.

5. The Hospital Was Named for the ‘Father of Gastric Physiology’

The scene outside the hospital. (Screengrab via KFOX)

The hospital has over 150 beds. The hospital was named for Army surgeon William Beaumont who was known as the “Father of Gastric Physiology.” 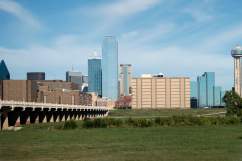