NBC News anchor has admitted that he bent the truth with a claim he was on a helicopter hit by a rocket-propelled grenade. (Getty)

NBC News anchor Brian Williams admitted on-air Wednesday night the he was not aboard a military helicopter shot down by rocket-propelled grenades in Iraq in 2003. This recants the account of events featured in NBC reporting as recently as last week.

Here’s what you need to know about Williams and the true story of what happened to him in the Iraq desert.

Williams attempted to save face Wednesday night with an on-air apology that admitted he made a “mistake” but did not admit to a willful fabrication:

I made a mistake in recalling the events of 12 years ago. It did not take long to hear from some brave men and women in the air crews who were also in that desert. I want to apologize. I said I was traveling in an aircraft that was hit by RPG fire. I was instead in a following aircraft. … This was a bungled attempt by me to thank one special veteran and by extension our brave military men and women, veterans everywhere, those who have served while I did not. I hope they know they have my greatest respect, and also now my apology.

Watch the clip above.

2. A Hero’s Tribute Exposed the Truth

Williams’ account of his “harrowing” ordeal in the desert was exposed last Friday as NBC aired a segment paying tribute to Command Sergeant Major Tim Terpack. Williams recalled meeting Terpack, who led the armored platoon that arrived and protected Williams and his news team when they were grounded for two nights in the desert. Terpack befriended Williams during the ordeal, and they discovered they hail from neighboring New Jersey towns. Terpack recently retired after a distinguished and decorated 24-year Army career. Last week Williams took Terpack to a Rangers game at the Madison Square Garden, where Terpack and Williams ended up on the Jumbotron and got a standing ovation. Williams replayed the moment in Friday’s tribute segment.

But according to veterans who were there, the helicopter in which Williams and his team were traveling was not struck by enemy fire. Instead, his helicopter was about an hour behind a formation that did come under fire and eventually landed next to the damaged helicopter. Sergeant 1st Class Joseph Miller, who was flight engineer on Williams’ helicopter, tells Stars and Stripes, “No, we never came under direct enemy fire to the aircraft.”

But in Friday’s NBC segment — and in the tribute at the Garden, delivered by the booming voice of the announcer over the stadium’s PA system — the false version of events that placed Williams inside the damaged helicopter was again stated as truth. Unfortunately for Williams, people were watching, including veterans who were in the helicopter that was struck.

3. Williams Was Forced to Come Clean After Angry Backlash From Veterans

After the tribute segment aired, Lance Reynolds, a flight engineer who was onboard the damaged helicopter, was among the veterans who commented on the NBC Nightly News Facebook page to set the record straight, saying, “Sorry dude, I don’t remember you being on my aircraft”:

It was something personal for us that was kind of life-changing for me. I know how lucky I was to survive it. It felt like a personal experience that someone else wanted to participate in and didn’t deserve to participate in.

I would not have chosen to make this mistake. I don’t know what screwed up in my mind that caused me to conflate one aircraft with another.

Williams also apologized on Facebook, directly addressing the veterans who disputed his version of events:

Williams’ reporting at the time of the 2003 incident did not “conflate” the aircraft, nor did a Williams blog post recounting the events in 2008. But his mind was sufficiently muddled by 2013 to relay the false account. On the exact 10-year anniversary of the Iraq incident, he shared the story in an interview with David Letterman. Watch the clip above. Skip to 2:30 for the relevant clip.

Williams clearly says in the interview, “Two of our four helicopters were hit by ground fire, including the one I was in, RPG and AK-47.” Williams is a frequent guest on the Late Show with David Letterman.

He’s stepped out of the realm of being just a broadcast journalist. In the past, he’s hosted Saturday Night Live, appeared in episodes of the sitcom 30 Rock, and been featured in a Tonight Show mash-up which appeared to show him rapping. The last such mash-up appeared just a few days before this scandal broke. You can watch it above.

Fox News wasted no time gunning for the anchor of NBC’s top-rated news broadcast, calling him an outright liar and saying the scandal wounds his credibility:

The admission raises serious questions about his credibility in a business that values that quality above all else. … For such a high-profile journalist to acknowledge that he essentially invented a story that dramatized his bravery in a war zone is hard to fathom.

It’s not the first time that Fox has gone after Williams either. Back in November 2014, the network’s Eric Bolling named Williams as his “fool of the week.” Bolling’s reasoning was that Brian Williams wasn’t covering Jonathan Gruber, the MIT professor and Obamacare architect who was seen on video insulting the American public. In May 2014, Fox openly criticized Williams’ interview with hacker whistleblower Edward Snowden. The news ratings for the week ending January 26 shows Williams out on top of his rivals for evening news. Nightly News pulled in 9.8 million compared to ABC’s 9.4 million. 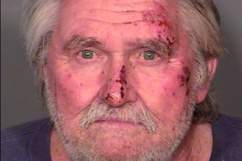 Loading more stories
wpDiscuz
7
0
Would love your thoughts, please comment.x
()
x
| Reply
America's top-rated news anchor admits he was not aboard a helicopter hit by enemy fire in Iraq in 2003.