Harris Wittels, executive producer and writer on the NBC hit Parks and Recreation, was found dead of a suspected overdose at his Los Angeles home on Thursday.

The 30-year-old writer also had a small role on the show — which stars Amy Poehler, Rob Lowe, Chris Pratt and Nick Offerman — as an animal control employee.

His body was was discovered at around noon by his assistant, a Los Angeles Police Department spokesperson told the Hollywood Reporter. He was said to be lying on his couch and there was drug paraphernalia in the house.

The stand-up comedian, who had a long history of drug addiction, was hugely popular with the cast and crew on the show, which is heading into its seventh season series finale on February 24.

Wittels wrote many key Parks episodes, including Road Trip, The Treaty, 94 Meetings, as well as the second episode of the current and final season, Ron and Jammy.

Here’s what you need to know about Harris Wittels:

1. He Had Been Taking Drugs Since The Age of 12

Wittels was open about his struggle with addiction and admitted taking drugs for the first time as a 12-year-old schoolboy in an interview with You Made it Weird podcast host Pete Holmes.

Born in Houston, Texas, he graduated from Emerson College in Boston despite his early introduction to drugs.

However, when he performed stand-up on Wednesday night at The Meltdown in L.A. he spoke about being clean and sober and said he was in a good place, according to TMZ.

2. He Had Been in Rehab for Heroin Addiction

He had gone to rehab a second time after getting hooked on heroin. He said his drug use raged out of control after a break-up with a girlfriend he felt was “perfect” for him in every way.

But he told Pete Holmes he was uncomfortable with the woman being a Scientologist and took oxycodone to help him deal with his stress over the relationship.

“Sobriety is still fresh,” he said during the podcast. “I haven’t figured it all out.”

3. He Was Discovered by Comic Sarah Silverman

He got his big break writing for The Sarah Silverman Program and went on to be a writer-producer on Eastbound and Down and Secret Girlfriend. He was also a guest on Comedy Bang! Bang!  He teamed up with Silverman again to co-star in Susan 313, her 2012 NBC pilot that did not get picked up.

He was very close to the comedienne who mourned his death in a series of Twitter posts.

4. He Was the Drummer in a Rock Band

Wittels was the drummer of the L.A. band Don’t Stop or We’ll Die, a comedy piano pop-rock trio.

His Humblebrag Twitter account became hugely popular and he recently wrote a book based on the phenomenon he described as the act of boasting about your life and downplaying it.

“I wrote that entire book on so much drugs,” he said recently. “That’s a humblebrag.” 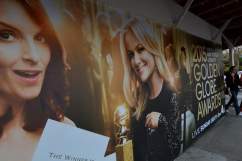 Loading more stories
wpDiscuz
0
0
Would love your thoughts, please comment.x
()
x
| Reply
Harris Wittels, the talented executive producer and writer on NBC hit Parks and Recreation, has died of a suspected drug overdose at the age of 30.