A 23-year-old Neo-Nazi from Illinois has been charged with plotting a mass shooting in Canada. Lindsay Kantha Souvannarath has been charged along with Randall Shepherd, 23, from Nova Scotia, of plotting a St. Valentine’s Day massacre at a mall in Halifax. Another man said to be in on the plot, James Gamble, 19, committed suicide prior to being arrested. Police have also taken a 17-year-old kid into custody in relation to the planned attack. He was subsequently released. The arrests came on February 13, a day before the shooting was due to happen.

1. Just Days Before the Planned Attack, She Wrote on Tumblr ‘It’s Almost Here’

One of Lindsay’s haunting Tumblr posts.

On her Facebook page, Lindsay made haunting claims about her admiration for Adolf Hitler, the Columbine massacre and various other racist and anti-semitic statements. On her Tumblr page on February 11, she wrote “IT’S ALMOST HERE. THE CLOCK IS TICKING.” Then on February 13, after receiving a tip, police swooped in on Lindsay and her motley crew. A week before Valentine’s Day, she posted a photo with the writing “Saturday the 14th” written in blood. Underneath, it read “HA HAHA.”

2. Her Tumblr Was Called ‘C*ckswastika’ & Was an Homage to Mass Shooters

Her Tumblr page is entitled, “C*ckswastika.” In the introduction to the page users are greeted by a swastika with the description, “school shooter chic” and “violence is the aesthetic.” Her page is used as an homage to shooters and guns, especially Columbine killers Dylan Klebold and Eric Harris. The Kane County Chronicle reports that in 2007, she wrote on an Internet forum, “Free speech is dead. That’s why we need people like David Duke to bring it to life again.” The Chronicle reports that she went by the name Snoopy Femme on the site. Randall Shepherd’s Tumblr page features similar racist tributes and posts about mass shooters.

According to a statement from Halifax police, cops received a tip from a member of the public about the planned attack at the Halifax Shopping Center. The statement referred to those arrested as “murderous misfits.” Cops say that group planned to start shooting at a mall and then take their own lives in a manner similar to many school shooters. Canadian Justice Minister Peter MacKay told the media on February 14, “Based on what we know so far, it would have been devastating – mass casualties would have been a real possibility.” He added “The attack does not appear to have been culturally motivated, therefore not linked to terrorism. A day known to represent love and affection could have taken a much different meaning today had it not been for the exceptional efforts of the combined law enforcement community.” Police say that Lindsay was arrested after she landed in Halifax at 2 a.m. on February 13. She was due to meet Randall Shepherd there, according to cops. Speaking to the Associated Press, a source said that Lindsay admitted her plans after her arrest and said she had programmed tweets to be sent out posthumously. Cops said that the group had guns. According to Randall Shepherd and James Gamble’s Facebook pages, the two both worked at Walmart. Walmart’s in Canada stock firearms.

Randall “Randy” Shepherd and James Gamble were both friends with Lindsay on Facebook.

Halifax Mayor Mike Savage told CBC after the arrests that it was “a great example of the fine work they do on a daily basis to help keep Canadians safe. We have among the best emergency response in the country The good news is they discovered all this and death with it very effectively.”

4. Her Parents Are From Laos in Asia

Her parents were both natives of Laos in southeast Asia. Lindsay is a native of Geneva in Illinois, located in Kane County. The Kane County Chronicle reports that Lindsay was a normal student at high school there. She went on to study creative writing at Coe College. A neighbor of Lindsay’s, Kathy Schooley, told the Chicago Sun Times that Lindsay was “normal” and would sometimes change her look, often dressing as a goth. Geneva police commander Eric Passarelli told the Daily Herald in Illinois that “We’ve had not contact with the suspect. She’s completely unknown.” Passarelli went on to say that the girl’s family are being extremely co-operative with cops and that police have searched the home and seized several items that they will hand over to Canadian authorities.

5. The Cops Got Their Tip From Lindsay’s Hometown in Illinois

The tip off against the group came from Lindsay’s home town of Geneva, reports CBC. The network also reported on the suicide of James Gamble. He apparently killed himself just after 1 a.m. on February 13 as police surrounded him in his parents’ home in Timberlea, Nova Scotia. The fourth suspect, the unnamed 17-year-old, was arrested at 11 a.m. on February 13 in Cole Harbor, Nova Scotia. He has been released but is still under investigation. 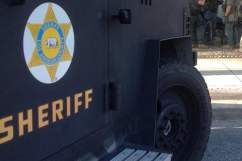