In 2013, Mars One launched open enrollment for the first human colonizers of the red planet. The process will coincide with a reality television show.

Two years later, the candidates have been whittled down to less than a thousand and here we get to meet three potential astronauts: a physics student in the UK, a young doctor from Mozambique, and an Iraqi-American woman.

Whoever is funding this should build their replica spacecrib in the middle of Antarctica, and stock it with spacesuits so these volunteers can live there for a few years just to qualify for the Job. I imagine most of them would drop out.

I agree. It looks like all three are trying to run away from problems but none have really thought all the details through. 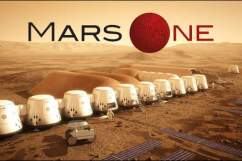 Mars One Project: Top 10 Facts You Need to Know

Loading more stories
wpDiscuz
1
0
Would love your thoughts, please comment.x
()
x
| Reply
Mars One, the reality television show that wants to colonize Mars, has released a promo video that introduces 3 potential candidates for the suicide mission.