Recent America’s Next Top Model contestant Mirjana Puhar was killed in a triple murder at her boyfriend’s home in Charlotte, North Carolina. Police say the murders are drug related.

Local police arrested suspect Emmanuel Jesus Rangel, in connection with the murders. He’s also suspected of another murder that took place on February 22. Cops in Charlotte say that Rangel knew all of the victims.

1. She Just Moved Into the House Where She Was Killed

Puhar, 19, Jonathan Cosme Alvarado, 23, and Jusmar Gonzaga-Garcia, 21, were found dead in a north Charlotte home on the night of February 24.

TMZ were the first to confirm that Puhar is one of the deceased this morning. Local media sources later caught up and confirmed that she had been killed.

Alvarado and Gonzaga-Garcia were found dead of gunshot wounds alongside Puhar. TMZ reports that Alvarado was Puhar’s boyfriend and Gonzaga-Garcia was his room mate. Puhar had also just moved into the house where the killings took place along the 700 block of Norris Avenue in Charlotte.

A friend found the crime scene after going to check on Puhar when she heard gun shots. That woman alerted police. Lt. Alex Watson of the Charlotte police told WSOC-TV “I can tell you this is not a random act of violence.”

The Charlotte Observer reports that Rangel, 19, was arrested “without incident” on the morning of February 25 in connection with the triple homicide.

According to early reports by local WBTV, police said that the murders might be connected to a fatal shooting that happened in nearby Matthews, North Carolina on February 22, where two men were shot at and one was killed. WCNC reports that Rosool Jaleel Harrell died in that attack.

When Rangel was arrested, he was charged with the murders of Puhar, Alvarado, Gonzaga-Garcia, and Harrell.

Police in Matthews said that Rangel has been charged with murder along with a man named Edward Sanchez. A third person named Emily Isaacs was charged with accessory after the fact. Both Sanchez and Isaacs were arrested in Harris County, Texas. 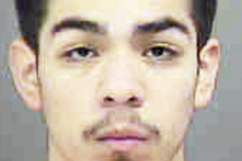 3. Her Family Escaped War in Serbia for the U.S.

Back in August 2014, Puhar gave an interview to her hometown newspaper The Charlotte Observer. Her family fled their native Serbia during the Kosovo War in 1999.

After arriving in New York City, the immigrant family eventually made its way south to Charlotte in 2004. There, Puhar led a troubled childhood. She dropped out of high school her sophomore year, citing her partying lifestyle as the reason. Puhar later went back on got her GED. Her brother is still in high school in Mecklenburg.

In late 2013 she was cast on the 21st cycle of America’s Next Top Model, called “Guys vs. Girls”, which aired in 2014. During that interview, she stated that she didn’t have a boyfriend but that she had flirtations during her time on the show.

4. She Was Eliminated From ‘ANTM’ in the 10th Episode

Puhar made it 10 episodes into the 21st cycle before being eliminated.

Above you can see her “plea video” asking for votes to keep her on the reality television series. During her time on the show, she regularly finished low on the weekly rankings.

5. Her Last Message to the World Was ‘Know Your Worth’

In an Instagram post on February 21, Puhar put up a selfie where she is shown to be noticeably dressed down than in her usual pics. The caption reads, “Know ur worth baby girl. 1luvvv.” Her death had been earlier confirmed on her official page with a screencap message by a “Chelsea.” That message was later deleted but you can still see it above. It states that the investigation into Puhar’s murder is ongoing.