Peter Greste stands inside the defendants cage during his trial for allegedly supporting the Muslim Brotherhood on June 1, 2014. (Getty)

Al Jazeera journalist Peter Greste has been freed by Egypt, according to media reports, after being sentenced to seven years in prison in 2013. Here’s what you need to know:

Greste was one of three journalists jailed in 2013 on charges that he was reporting the news in a manner “damaging to national security.”

While charges were pending, Greste was imprisoned in solitary confinement, and it was later revealed by The Guardian that the Egyptian government was planning to accuse 20 journalists, including Greste, of falsifying news.

"We will not rest until Baher and Mohamed also regain their freedom" http://t.co/DEDoKOQBTV #FreeAJStaff pic.twitter.com/m90DFPXDg0

Greste was released and deported back to his native Australia late Saturday, but still being held are fellow al-Jazeera journalists Baher Mohamed and Cairo bureau chief Mohamed Fahmy, as the news network noted in a press statement:

“We will not rest until Baher and Mohamed also regain their freedom. The Egyptian authorities have it in their power to finish this properly today, and that is exactly what they must do.”

Greste, in a letter to his family made public before his release, said his imprisonment was an “injustice:”

While we remain strong and determined to do whatever it takes to clear our names and win our freedom, 400 days still feels far too long to correct an injustice.”

2. He Was Linked to the Muslim Brotherhood

Of the journalists accused with Greste, 16 are Egyptian nationals and were allegedly directly linked to the banned but tolerated Muslim Brotherhood.

According to prosecutors, Greste and his fellow journalists intended “to weaken the state’s status, harming the national interest of the country, disturbing public security, instilling fear among the people, causing damage to the public interest, and possession of communication, filming, broadcast, video transmission without permit from the concerned authorities.”

Greste’s employer Al-Jazeera itself, based in Qatar, has been accused by Egypt of being sympathetic to the Muslim Brotherhood, which has been designated as a terrorist organization.

3. Greste is Latvian and Australian

Born in Sydney, Australia in 1965, Greste was previously a correspondent based in Kabul, Afghanistan for the BBC and Reuters. He was later Reuters’ correspondent in Belgrade and a BBC News 24 reporter in London.

After a stint in Mexico and another in Santiago for the BBC, Greste returned to Afghanistan in 2001.

Before moving to Nairobi, Kenya, in 2009, he was based in Mombasa, Kenya, then Johannesburg. He won a Peabody Award for his Somalia covergae in 2011.

4. Rallies Were Held in Support of Greste

Greste was ultimately released and deported after a retrial, though numerous rallies were held to express support for the jailed journalist.

Family members held press conferences and social media lit up with support for Greste, but it was his fellow journalists who came out in force.

Following Greste’s conviction, Australian journalist Tracey Spicer held a press conference at the Egyptian consulate in Sydney, saying, “We need to keep this on the front page.”

“The verdict of the court, despite the lack of evidence and bizarre court proceedings over more than a dozen hearings, is an appalling attack on press freedom and carries an implicit threat to all media working in Egypt.”

5. There Are More Than 200 Jailed Journalists Around the World

According to the Committee to Protect Journalists, as of December 1, 2014, there were 221 journalists in prison around the world. The overall trend is an increase, though 2012 saw the largest number of jailed journalists with 232 in prison.

The committee lists 12 journalists jailed by the Egyptian government. China has the most journalists currently in prison, with 44 behind bars. 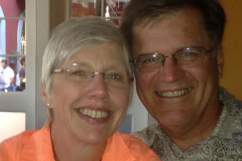 Read More
5 Fast Facts, Breaking News
Al Jazeera journalist Peter Greste has been freed by Egypt, according to media reports, after being sentenced to seven years in prison in 2013.