A man armed with a BB gun was shot dead by police after he stabbed three people at a college in Massachusetts. The attack happened the Salter School in Tewksbury around 9 a.m. on February 17. The vocational college is located about 25 miles north of Boston.

1. The Suspect Was Killed After He Failed to Comply With Cops’ Demands

The incident was first called in as a stabbing at the school. The Boston Globe said the man, 30, who was killed had a “confrontation with police.” The Tewksbury Patch reports that the dead man exchanged gunfire with police after being chased from the school to nearby Forest Avenue where he was shot dead by cops. Later, the DA’s office said that the man who was killed was armed with a knife and a Colt .177 BB gun. The office said that the man didn’t comply with officers’ demands which is when they cops opened fire. The man was rushed to a nearby hospital where he was pronounced dead.

2. Two of the People Who Were Stabbed Worked at the School

Three other people were injured during the incident. According to the Middlesex DA, a male and female, both employees of the college were stabbed in the parking lot. Bob Ward of Fox Boston reports the Tewksbury Police Chief saying that the attack wasn’t a “random act.” The chief said that injured people and the man shot by police all knew each other. Later, the DA said that investigators aren’t clear on the relationship yet. The two employees both had their tires slashed during the incident.

3. The School Ordered Dozens of Pizzas for the Students Who Were Stuck in the School During a Lengthy Lockdown

The school was put on lockdown after the stabbing. Boston.com reports that Massachusetts State Police ballistics units were on the scene helping with the investigation. The officers involved in the shooting were also taken to hospital to be evaluated, they have since been released. The cops have been placed on administrative leave pending an investigation. Both cops are on the job less than five years.

The school is located at 515 Woburn Street in Tewksbury. According to the school’s Facebook page:

The Salter School is a leader in Career Focused Education. We provide our students with the tools they need to succeed in their chosen field. The Salter School’s longevity and excellent reputation with employers are two of the reasons why The Salter School graduates have been so successful.

On the school’s website, it describes a range of healthcare training programs including massage and pharmacy training. The school advertises as offering career training for students. There are four Salter School campuses across Massachusetts.

5. In 2010, a Student Drove Her Car Into the School Building

The school was last in the news in 2010 when a 21-year-old Kelsey Pickett said the “flipped out” after taunting from her classmates. The woman said she had wanted to hurt herself as she drove her car into a building on the campus, reports the Lowell Sun. In that incident she tried to run away from responding officers but was quickly apprehended. She later received probation for the incident. 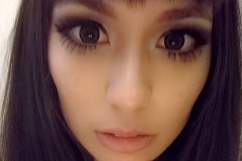