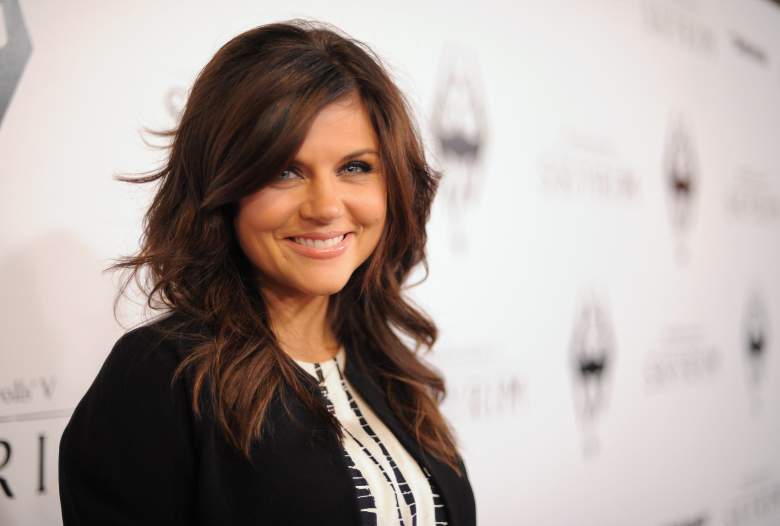 Saved By the Bell favorite Tiffani Thiessen will soon be back on TV with her own cooking show.

The actress, now 41, will be preparing and serving up dinner for her celebrity friends, including some of her old classmates from Bayside High.

Two co-stars from the 90s teen sitcom, Mario Lopez and Elizabeth Berkley — Slater and Jessie on the show — are already lined up as dinner guests for the series, called Dinner at Tiffani’s .

Saved By the Bell's Tiffani Thiessen to star in new cooking show http://t.co/zRPIBsZpes via @TIMECulture

Here’s what you need to know about Tiffani:

1. She Was Back as Kelly Kapowski on Jimmy Fallon Reunion Skit

Tiffani and the Saved By the Bell gang were back together for a Tonight Show sketch on Wednesday night. It may be 20 years since the series was last aired, but the actors looked remarkably similar to their younger selves.

#tbt to yesterday's @jimmyfallon @fallontonight show. Best time out ever. Thanks for having us.… http://t.co/Ud9qETYNL7 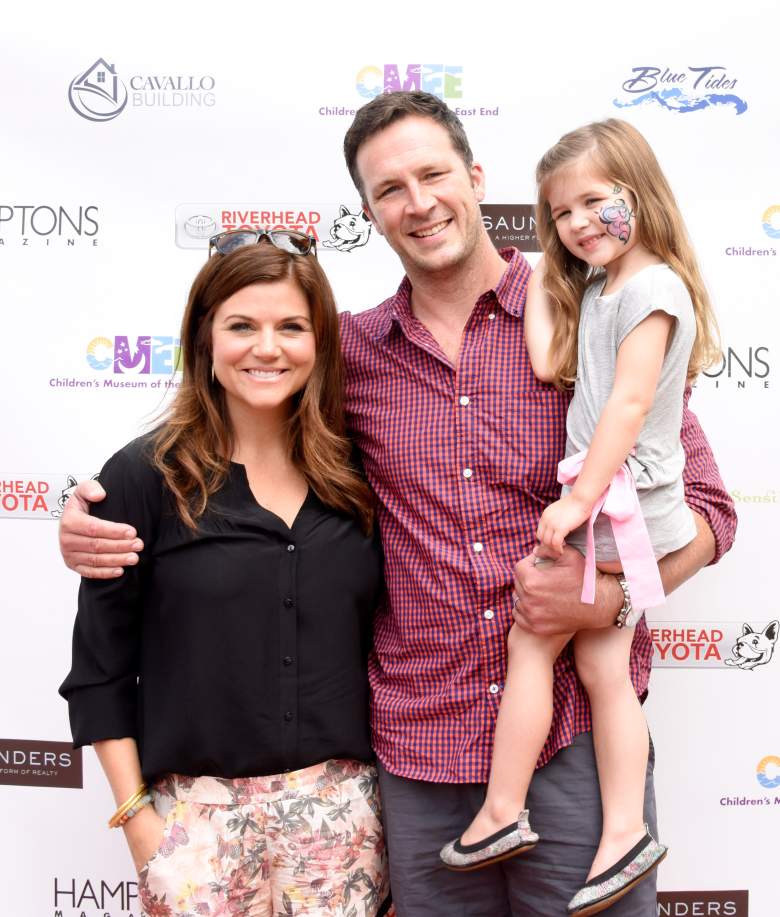 Tiffani and actor husband Brady Smith are expecting a baby boy. They already have a daughter, Harper, 4.

“Harper could not be more thrilled to have a sibling and a playmate,” she told Us Weekly.

The couple have been together for seven years.

3. She Is Still Close to ‘Saved by The Bell’ Alums 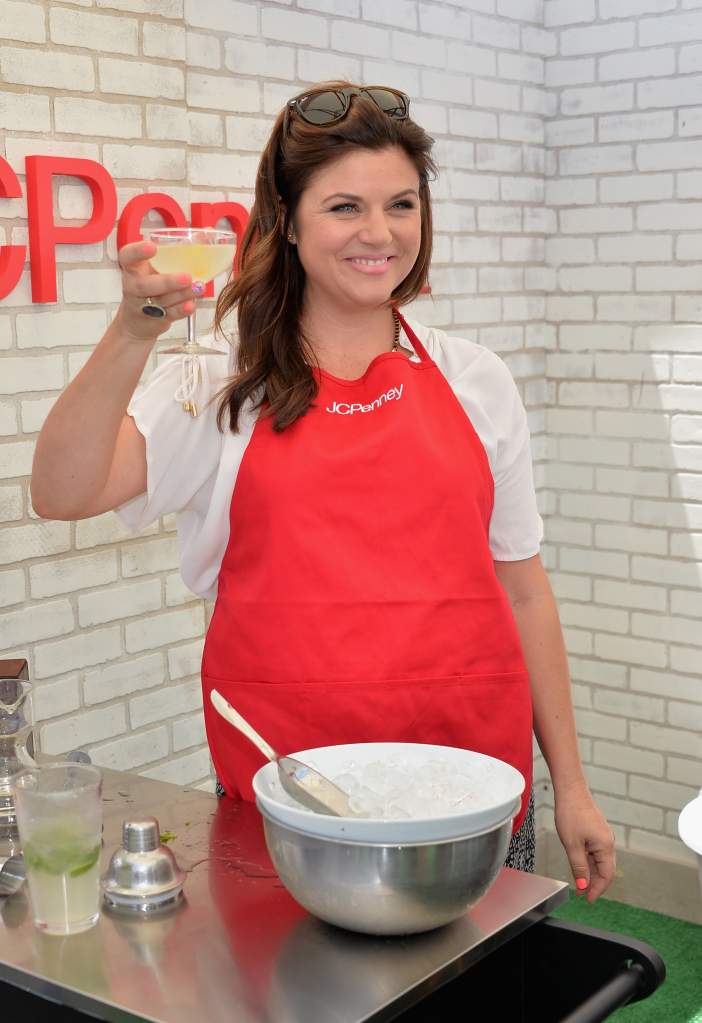 Tiffani has stayed close to several cast members from Saved By the Bell, including Mario Lopez.

“It made it a little easier growing up with other kids in the business,” she told CBS. “We were a very tight-knit…working family. We had a lot of firsts together…traveling around the world. We got to know each other very well. It’s like having brothers and sisters. … I still talk to half the cast — closely — still a lot,” she revealed.

4.She Spoke Out About The Pressure on Her to Stay Thin in Hollywood 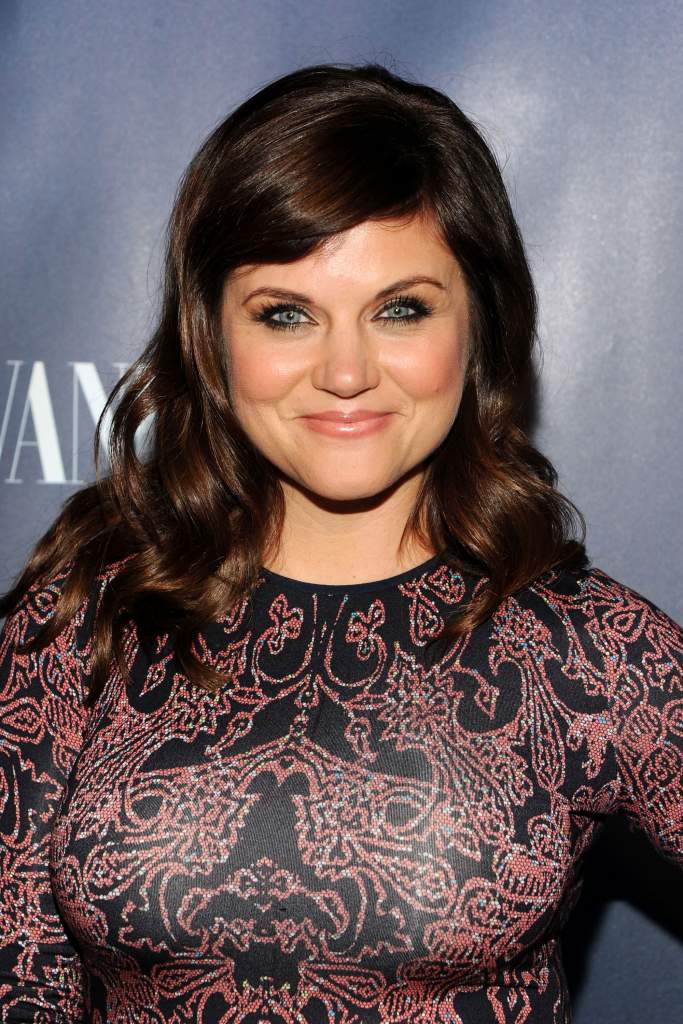 The actress and mother admitted she was “never the waify model type” and said she embraced her curves as she got older.

She said her weight issues started way after Saved By the Bell. “It wasn’t until I got to 90210 that my body started changing,” she said.

Tiffani gained 45 pounds while pregnant with daughter Harper. “I don’t give a crap as much,” she said about her weight. Now she says she has a trainer and works out to stay trim.

The actress lived with Beverly Hills 90210 co-star Brian Austin Green, who is now with Megan Fox. But she fell out with another co-star Jennie Garth.

5. She Only Had One Friend in School

She told Howard Stern she got her break at 15 with a part in Saved By the Bell when she was still at school in Long Beach, California, and moved out of home at 17.

She confessed to losing her virginity at 14 with her “nice guy” boyfriend.

“I really felt that I was a pretty good kid,” she said, although she admitted to having a boyfriend who was five years older when she was a teen. 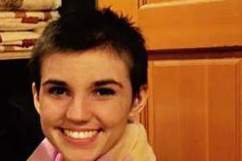 Loading more stories
wpDiscuz
1
0
Would love your thoughts, please comment.x
()
x
| Reply
Saved By the Bell alum Tiffani Thiessen will be back on TV in her own cooking show with some of her old co-stars as dining guests.