At least 26 people were killed Wednesday when a TransAsia passenger plane clipped a highway bridge and crashed into the Keelung River shortly after taking off from Taipei Songshan Airport in Taiwan.

TransAsia Flight B22816, an ATR-72 twin-engine turboprop, had 58 people on board — most of them tourists from mainland China, according to news reports.

Read on for more details of the terrifying ordeal.

1. The Plane Hit a Bridge & Crashed Into the Keelung River

The story broke Wednesday morning when Taiwan’s Central News Agency reported that TransAsia Flight B22816 had struck a bridge and crashed into the Keelung River. The agency then aired footage of the plane sinking into the murky water.

The plane had just taken off from Taipei Songshan Airport and was headed to Kinmen Airport in the outlying county just off the coast of southeastern China.

Kinmen Airport is an airport serving Kinmen, Fujian Province, Republic of China. It’s about a 55-minute flight from Taipei.

2. It Crashed Soon After Takeoff

Playback of the short TransAsia ATR 72-600 flight #B22816 that ditched in Keelung River http://t.co/2A3qxhTfJ4 pic.twitter.com/wMnsAkUy3Y

There is a flight radar history of the incident. You can view it above or by clicking this link.

The movement ceases on the radar minutes after takeoff.

Pictures of the plane hitting the bridge quickly circulated Twitter via stills from the above dash cam video.

According to a translation of the Taiwan Apple Daily:

Witnesses stated that after the plane hit the bridge had tried to pull the nose, but without success, then drop the Keelung River. South trade work friends in the park is also said that he had heard the sound of a huge plane landed.

3. At Least 26 People Are Reported Dead

The Associated Press reported that at least 26 people were killed in the crash and that 17 more are missing after 15 people were pulled alive from the wreckage by rescuers in rubber rafts.

According to the AP, rescuers used a crane to lift the fuselage out of the river on Wednesday night as rescuers continued to search for the missing people.

Thirty-one of the passengers were from mainland China, the AP reported, citing Taiwan’s tourism bureau.

4. The Keelung River Is Very Polluted

The river is known to be very polluted from illegal industrial waste dumping.


Officially 63 % of the Taipei Basin is connected to the sewage treatment system. The rest 37 % is still released straight into the rivers and these are “official numbers”. The un-official real volume of river pollution is higher. According to the Dihua sewage treatment plant “there is a lot of small factories in the mountains who release their pollution to the rivers at nights.”

According to the BBC, TransAsia had its last plane crash in 2014. They report: 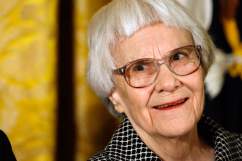