The U.S. Embassy in Yemen is closing completely. The diplomatic mission will officially end in the country on February 11. The embassy will only reopen if the political climate in the country changes.

1. Ambassador Matthew Tueller Is Being Flown From the Country

The decision comes as the Yemeni government has fallen to the minority Houthi rebels. The story of the closing was first reported by Reuters. The agency says the closing down comes “amid deepening turmoil since the resignation of President Abd-Rabbu Mansour Hadi and his government last month.” The Shiite rebels took control of the country in January 2015.

Yemeni forces securing the roads around the U.S. Embassy in 2009. (Getty)

The U.S. has held an embassy in Yemen since 1990 when North and South Yemen reunited. Prior to the reunification, the U.S. didn’t have diplomatic relations with South Yemen, they were broken in 1969. The first ambassador of the unified countries was Charles Franklin Dunbar.

4. An Ominous Warning to U.S. Citizens in Yemen Was Posted on the Embassy Website

Relatives of Yemeni inmates held in the US detention center ‘Camp Delta’ at the US Naval Base in Guantanamo Bay, Cuba, brandish their portraits during a protest to demand their release, outside the American Embassy in the capital Sanaa, on January 11, 2014. (Getty)

The last message on the U.S. Embassy website requires all Americans in the country to register with the State Department. The note reads:

Embassy Sanaa has suspended consular operations in Yemen. If you are a U.S. citizen residing in or traveling to Yemen, the Embassy may be unable to provide assistance or services to you, even if an emergency situation arises. If you must travel to or remain in Yemen, please register with the State Department’s online Smart Traveler Enrollment Program as soon as possible. This will allow Embassy Sanaa to communicate travel alerts and Emergency Messages to you, should the need arise.

Protesters in Tunisia during the Arab Spring in December 2010. (Getty)

It’s not clear yet if the Houthi rebels are considered allies of the United States. This marks the third U.S. mission to close in the region since the Arab Spring of December 2010. The others were in Syria and Libya. 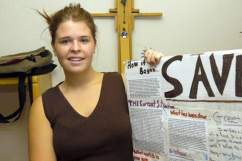 Loading more stories
wpDiscuz
1
0
Would love your thoughts, please comment.x
()
x
| Reply
The U.S. embassy and diplomatic mission in Yemen is closed. The ambassador, Matthew Tueller, will leave the country on February 12.