Halifax police with dogs at the scene of the arrest

Police in Canada have foiled a plot by a man and a woman to carry out a Valentine’s Day massacre.

At least two suspects were planning to carry out “mass killings” of civilians in public places in Halifax, Nova Scotia, say the Royal Canadian Mounted Police.

“We received a threat that individuals were planning on targeting a public venue in Halifax, to go there and commit mass killings of civilians and to ultimately kill themselves,” he said in a phone interview with the Toronto Star.

“Given the public venue that we believe was to be targeted, there was the potential for significant casualties and injury to citizens.”

A 19-year-old man was found dead by police at a Halifax address and the unnamed 23-year-old woman, from Geneva, Illinois, was under arrest along with two other men, aged 20 and 17, although it was unclear what their roles were on Friday night. A cache of weapons was also recovered.

Asst. Commissioner Brennan would not go into the circumstances of the man’s death, although it’s understood he was already dead when the Serious Incident Response Team – SiRT – arrived at the scene.

But he said it was not a terrorist plot. Their views were “not based in religion nor culture,” he told the Star. “These people were of the same destructive mindset.”

Nova Scotia Premier Stephen McNeil praised police, saying: “On behalf of all Nova Scotians, I thank our police officials here and in the United States for their quick and professional work.” 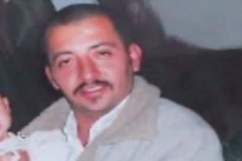 Read More
Breaking News, Crime, Valentines Day
Police in Canada have foiled a plot by a man and a woman to carry out a Valentine's Day massacre in Halifax, Nova Scotia