But how did it come about and when did it become so commercialized?

Beginning as a commemoration for an early Christian martyr, it has largely become a secular holiday celebrated the world over—even in some Islamic countries—where local customs of celebrating love have been adopted to the date.

Read on to learn more about Saint Valentine and the modern Valentine’s Day.

1. There Was More Than One ‘Saint Valentine’

“Valentine” was a common name in early Christendom and thus, there was more than one martyr that modern Valentine’s Day can be attributed to.

The two Valentines that are typically identified with February 14 are Valentine of Rome and Valentine of Terni (an area in central Italy.) The Roman one was a priest, the Terni one was a bishop. They were both persecuted by the Emperors at the time and both had terrible deaths that eventually got them elected to sainthood.

Their remains exist in shrines all over Europe, including Italy, England, and Ireland. Saint Valentine’s skull is on display in Rome and is adorned with flowers.

The relics of St. Valentine. Little is known of the Saint except he died today AD. 269 today on the Via Flaminia. pic.twitter.com/FQV0yjAGrN

Of the historical Valentine(s), this is all we know.

2. There Are Many Legends About Saint Valentine

As for non-historical stories about Saint Valentine, there are quite a few.

In The Dictionary of Christianity, author J.C. Cooper writes that Saint Valentine was “a priest of Rome who was imprisoned for succouring persecuted Christians.”

The most common folk story about Saint Valentine is that Saint Valentine was persecuted as a Christian. He was brought to Roman Emperor Claudius II, but Valentine impressed Claudius and they ended up having a conversation in which Valentine tried to convert Claudius from paganism to Christianity. Claudius refused and had Valentine executed. But before his execution date, Valentine allegedly healed his jailer Asterius’ blind daughter, giving her back her sight. The jailer then converted to Christianity, along with the rest of his household.

Embellishments to the basic story above are usually added to the narrative of Saint Valentine, with other stories circulating. There really is no historical authenticity to any of them, though.

As for how cupid got pulled into all this, Saint Valentine allegedly wore a purple amethyst ring with cupids around it that was a legal symbol under Roman law that the person wearing it could perform marriage ceremonies. The historicity of Saint Valentine and this Roman custom is also up for debate. But amethyst has since become the birthstone for February.

3. Chaucer Made the First Modern Connection Between Valentine’s Day & Love

In a 1382 poem titled Parlement of Foules, Chaucer wrote:

For this was on St. Valentine’s Day, when every bird cometh there to choose his mate.

The first reference to an annual February 14 festivity celebrating love was written 18 years later in year 1400. According to the book Debate of the Romance of the Rose by David F. Hult, the Charter of the Court of Love, allegedly issued by Charles VI of France at Mantes-la-Jolie, is charter that describes a celebration where everyone would gather to feast and celebrate all things love.

The modern Valentine’s Day as we know it somewhat began in the 19th century. With the rise of the industrial age and mechanical printing, Valentine’s Day cards became more accessible than ever and quickly became all the rage in England. This caught in the Americas by the 1840s and has been commercialized more so ever since.

Now in 2015 it is the bane of singles and the annual celebration of love for couples everywhere.

5. It is Celebrated All Over

But while all these celebrations of love usually fall on February 14, the name “Valentine’s Day” is reserved distinctly for America and European nations. In other corners of the world the day is usually referred to as some alteration of “lover day” or “love day.” 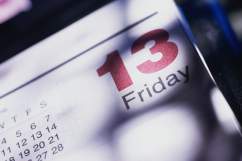 Read More
5 Fast Facts, Valentines Day
Who was St. Valentine? And how did a day designated to a martyred saint become an American holiday dedicated to love and the bane of singles everywhere?