An Amtrak train crashed and derailed after hitting a truck in Halifax County, North Carolina. The crash happened around 1:30 p.m. on March 9. You can watch video of the point of impact above.

1. None of the Injuries to Passengers Are Life-Threatening

ABC 11, quoting local authorities, reports that there are injuries after the crash. The Halifax Regional Medical Center treated 55 patients who had been injured. One of those people was in serious condition. The Roanoke Rapids Daily Herald reports that the injuries are not life-threatening. The train’s engine was turned on its side but the passenger cars remained upright.

2. The Train ‘Ran Right Through’ a Truck

We are aware of reports of an Amtrak train accident in Halifax County, NC and are gathering additional information.

The NTSB are already on the scene investigating the crash. The accident happened at the intersection of U.S. Highway 301 and North Carolina Highway 903. The Daily Herald reports that the train hit a “transfer truck.” One passenger, Patrick Narmi, told the Charlotte News & Observer that “the Train ran right through [the truck].”

3. The Train Was En Route to NYC

The train was the #80 Carolinian was headed from Raleigh to New York, it was due to stop in Philadelphia and D.C. According to Amtrak’s website, the full journey takes 13 hours and 30 minutes.

4. One Passenger Described the Crash as a ‘Massive Jerk’

Thank you to Amber Keeter from Halifax Co.,for sending us these pics of the train derailment in #Halifax Co. #wral pic.twitter.com/lzglMmSn96

The uninjured passengers have been seen leaving the train and being escorted on to buses by authorities. One passenger, Charlotte Story, a student at the University of North Carolina told WRAL, “There was a massive jerk and we were kind of thrown forward a little bit, and the train came to a sudden stop. I couldn’t tell you if it was trying to slow down or not. There was not whistle. It came completely out of the blue.”

5. In January, 2 Teens Were Killed by an Amtrak Train in North Carolina

Halifax County, where the crash happened, is located 80 miles north of Raleigh and about 100 miles south of the Virginia border. In January 2015, two teenagers were killed after being hit by an Amtrak train in Smithfield, North Carolina, south of Raleigh. The two teens were Robert Naughton and Alan Peedin, both high school students. That accident happened on Amtrak’s Savannah to New York line, reported My Fox 8. 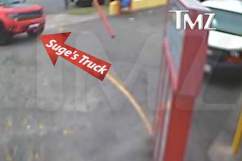