Sarah Palin’s daughter, Bristol, is engaged to Medal of Honor recipient Dakota Meyer, the couple has confirmed. Here’s what you need to know:

1. Meyer is a Medal of Honor Recipient

Meyer, a Kentucky native and Marine Corps veteran, is the second-youngest Medal of Honor recipient in history.

He was awarded the Medal of Honor for his actions in the the Battle of Ganjgal. On September 8, 2009, after learning that three Marines and a Navy corpsman had been ambushed by a group of insurgents and were missing, Meyer entered enemy territory under heavy fire and moved the bodies to a safer area with the help of friendly Afghan soldiers.

He is credited with personally evacuating 12 friendly wounded soldiers and providing cover for 24 Marines and soldiers to escape.

Bristol Palin is the is the oldest daughter of Todd and Sarah Palin, former Alaskan governor and Republican candidate for vice president. Bristol announced her pregnancy during her mother’s run for the White House in 2009.

In 2011, Bristol Palin released a memoir, entitled “Not Afraid of Life: My Journey So Far.” Commentator Bill Maher joked that the title might have been “Whoops, there’s a dick in me.”

Palin was lambasted for writing a memoir at the age of 20, but the book hit the New York Times’ bestseller list in 2011.

3. The Couple Announced the Engagement on Social Media

Palin and Meyer have been posting an increasing number of photos of themselves on Instagram lately and, on Friday, the announcement was officially made in that medium.

“Truly the luckiest girl in the world, cannot wait to marry this man!!!!”

At about the same time, Meyer posted a photo with a similar message:

4.Bristol Palin is a Single Mom

Palin announced that she was pregnant at the age of 18, while her mother was running for vice president. At the time, Palin was not married to the baby;s father, Levi Johnston.

Shortly after announcing her pregnancy, Palin began working with The National Campaign to Prevent Teen and Unplanned Pregnancy. As spokesman Bill Albert told US News in 2009:

“She’s had the highest-profile teen pregnancy of the year. If we take her at her word—that she’s going to discuss the realities of being a teen mom—then that’s good.”

Palin, an advocate against teen pregnancy, appeared on an episode of “The Secret Life of the American Teenager” playing a pregnant15-year-old. That same year, she was a competitor on season 11 of “Dancing with the Stars,” dancing with professional Mark Ballas. During the show, Palin was accused of obtaining fraudulent votes and received death threats. She finished third.

She later appeared in the all-star season 15 of “Dancing with the Stars,” but was eliminated after the fourth week of competition.

She was also the subject of a short-lived reality show on Lifetime, called “Bristol Palin: Life’s a Tripp,” which premiered in 2012 and lasted 14 episodes. 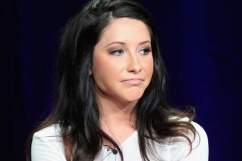