David Bird pictured with his family. (Screengrab via the Today Show)

Missing Wall Street Journal reporter David Bird has been found dead in the Passaic River. Bird was first reported missing in January 2014 when he went out for a walk just after taking down Christmas decorations. He was 55 years old.

1. He Went Missing in One of His Favorite Walking Spots

His body was discovered by rowers on the evening of March 18. A day later, that body was confirmed to be the missing reporter David Bird. He vanished on January 11 in Millington, New Jersey at the intersection of Northfield Road and Long Hill Road in the town. The Daily News reports that area was one of Bird’s favorite walking spots.

2. He Had to Be ID’d Through Dental Records

His cause of death has not been released by authorities. NJ.com reports that Bird had to be identified through dental records.

3. His Wife Just Launched a New Website to Help With the Search

David Bird’s wife, Nancy, who had never given up hope of finding him, had just recently launched a new website dedicated to the search. The site, Find David Bird, was launched on March 18. The site was offering $10,000 for information about Bird’s disappearance.

When Bird left his house on January 11, he went without his phone and without his medication. Prior to his death, Bird had a liver transplant and was taking pills to prevent his body from rejecting the new organ. He had the surgery in 2004 and since then had been advocate for transplant charities in New Jersey, reported NJ.com back in April 2014.

5. His Kids Kept a Vigil for Him at Their New Jersey Home

Bird is survived by his wife and two children. The couple’s daughter is 13 and son is 16. Nancy Fleming Bird told NBC News in January 2015 that the kids “miss their dad very much. We love him very much.” She also spoke about how they kept a vigil in the form of a candle in the front window of their home. 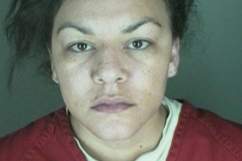