Cops in Mississippi are investigating an apparent homophobic hate crime that occurred on March 20. According to police, 26-year-old Devin Norman was badly beaten by James David Scott as Scott allegedly shouted anti-gay slurs at Norman in the town of Corinth.

WTVA in Mississippi reports that the initial confrontation between Norman and his alleged attacker was over a Facebook post. Speaking to the media, local Police Chief Ralph Dance said “The alleged Facebook post was apparently sexual in nature. We haven’t been able to verify that there was ever a Facebook post.” The WTVA story says that police believe that after Scott attacked Norman in a Walmart parking lot, the suspect fled. He was arrested by officers later on March 20. He was taken to a local jail where he posted bond and was released.

Devin Norman was the one who rebuked James Scott’s sexual advances, according to Go Fund Me page set up for Norman. That page also says that Norman and Scott knew each other through attending AA meetings together. Describing how the assault allegedly went down, the page’s creator, Amber McCallus, writes that as Scott wailed on Norman he shouted “Fa**ot! Fa**ot! Fa**ot!” WTVA reports Norman suffered “severe wounds to his face, including at least one broken cheek bone.”

After his initial arrest, James Scott was charged with simple assault. Those charges were upgraded to aggravated assault on Monday March 23, according to WTVA. The station also reports that a grand jury in Alcorn County will review the case. On the Human Rights Campaign website, it reads that homophobic crimes are not covered by Mississippi hate crime laws.

State Rep. Andy Gipson called for gay people to be put to death in May 2012. (Mississippi House of Representatives)

You can support the HRC and their efforts to change this here.

4. A Grass Roots Campaign for Norman Has Support From as Far as Israel & South Africa

On Sunday March 22, supporters of Norman held a rally in support of him in Corinth, Mississippi. The Facebook page for that group has supportive messages from around the U.S., Israel and South Africa. A Go Fund Me page has also been set up to help Norman pay his medical bills. The page describes Norman as “a ROCKSTAR in our small town in Mississippi.” It also says on that page that he was beaten “relentlessly” for being gay.

According to his now-deleted Facebook page, Norman just left his job working at Sears in February 2015. He’s worked there since August 2014. His page reads that he’a native of Iuka, Mississippi, and that he still lives there having spent time living in Florence, Alabama. 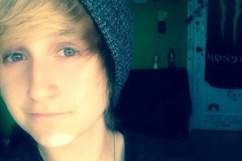 Read More
5 Fast Facts, Breaking News, Crime, LGBT
wpDiscuz
11
0
Would love your thoughts, please comment.x
()
x
| Reply
A 26-year-old man in Mississippi was badly beaten by another man in what the victim calls a hate crime.