Vasquez, a 19-year-old freshman from San Rafael, California, was identified by police Monday afternoon after they had asked Sunday for the public help in finding him.

1. Vasquez Was Running Across the Highway When He Was Struck by the Car

A photo distributed by the LAPD of Vasquez.

Vasquez was identified by the California Highway Patrol as the victim of a fatal accident on the Eastbound 10 Highway Saturday at about 2:25 a.m., the LAPD said. The coroner’s office confirmed his identity Monday and the CHP identified the LAPD’s Missing Persons Unit, which had been leading the search for Vasquez.

The California Highway Patrol told the Los Angeles Times Vasquez was running across the four-lane highway when he was struck by a car that was traveling 60 mph. The motorist was unable to avoid Vasquez, police said.

2. He Left His Friends at a USC Frat Party

Police and Cal athletics officials previously said Vasquez was last seen at about 1:30 a.m. at a party near the USC campus at the Tau Kappa Epsilon fraternity house. The LAPD said in a statement:

Eloi advised his friends that he wanted to take a walk. Eloi left the party and did not return. Concerned friends tried to make contact with him the following morning but had no success. His family is concerned that he has not been located. Eloi did not have money or an identification card with him.

His family said he was on spring break and had been drinking at the party.

3. He Talked on the Phone With Friends Before His Death

Vasquez did have his cell phone with him, police said.

According to NBC Los Angeles, his friends called him and tried to get him back to the party. But he told them he was going to the beach, NBC LA reported.

He then called a friend, Aurora Cardenas and said he was “screwed” and got lost. She told NBC:

He pretty much said, ‘I need you to come over here, I need help.’ I asked him ‘Where are you?’ and he told me that he was in LA and that he didn’t know where he was at and that he was lost. The second time he called it just clicked. I didn’t know if his phone died, or if he hung up.

4. A Reward Was Offered & His Friends Scoured the LA Area for Him

NBC Los Angeles reported that a $100,000 reward was offered for information. Friends were searching beaches in the Santa Monica and Venice area, hoping someone had seen him.

His family came to the LA area to help with the search.

Friends said he is normally a responsible person.

5. Vasquez Played in 12 Games During His Freshman Season

Rest in peace brother Eloi Vasquez. I love you. pic.twitter.com/jAhCav97m5

The Cal athletics website says Vasquez played in 12 games during the 2014 season, including in the NCAA Tournament. He had three assists, including two in a victory over San Diego State in November.

Vasquez played at the Marin Academy in San Rafael, where he was named an All-American for the Far West region during his senior season two years ago. He also trained with youth academy teams Racing Club de Strasbourgh in France and Pachuca in Mexico. 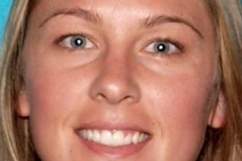 Loading more stories
wpDiscuz
2
0
Would love your thoughts, please comment.x
()
x
| Reply
Eloi Vasquez, a University of California-Berkeley soccer player, was killed by a car on a highway near the USC campus after going missing from a frat party.