Emily Selke and her mother Yvonne Selke are the two of the three American victims on the ill-fated Germanwings flight 9525 that crashed in the French Alps on Tuesday.

1. She Was From Nokesville, Virginia

Selke and her mother were from Nokesville, Virginia, a small town about a 2-hour drive southwest of Washington, D.C.

2. Her Father Confirmed Her Identity

According to the Washington Post, her father, Raymond Selke, confirmed that she was on the plane with her mother when it crashed.

Both Emily and Yvonne lived with Raymond at Arbee Court in Nokesville, Virginia.

After confirming their identities, Raymond was unable to offer more to reporters; he was still in shock at their deaths.

Selke was a 2013 graduate of Drexel University, a private university located in Philadelphia, Pennsylvania. She majored in Music Industry and was an honors student.

4. She Was a Sorority Girl

Selke was heavily involved in her Gamma Sigma Sigma sorority in college. She served as vice president of the school’s Zeta chapter.

[Emily] embodied the spirit of Gamma Sigma Sigma… As a person and friend, Emily always put others before herself and cared deeply for all those in her life. Emily will be greatly missed by her fellow sisters of Zeta. Please keep Emily, her mother and their family in your thoughts and prayers during this heartbreaking time.

5. There Are No Survivors

Selke and her mother were two of 150 passengers and crew that perished when Germanwings flight 9525 crashed into a crevasse in the French Alps. The nationalities of the other victims have ranged from primarily German and Spanish, to English, Australians, and Colombians.

Investigators have declared that the crash was intentional and caused by the co-pilot, Andreas Lubitz, who locked the pilot out of the cockpit and programmed the plane to crash into the Alps. 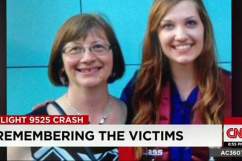 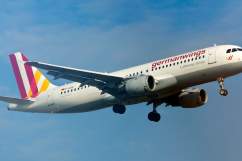 Read More
5 Fast Facts, France, Plane Crash
wpDiscuz
0
0
Would love your thoughts, please comment.x
()
x
| Reply
Emily Selke and her mother Yvonne Selke are the 2 of the 3 American victims on the ill-fated Germanwings flight 9525 that crashed in the French Alps on Tuesday.