One of the stars of the show, Peter Dinklage. (Getty)

Police in Northern Ireland foiled a planned terror attack on the set of HBO’s Game of Thrones. The hit show is filmed in the Northern Irish capital, Belfast, at Paint Hall Titanic studios. The studios are located in Belfast’s Titanic Quarter, where the iconic ship was built in 1911.

1. The Terror Plot Targeted Members of the Security Forces Who Worked as Extras on the Show

Members of the PSNI. (Getty)

A bomb attack was specifically targeted at ex-members of the Northern Irish security services who work as extras on Game of Thrones, reports the Belfast Telegraph. An explosive device was going to be left near a catering unit for the show. The Telegraph, quoting an unnamed police source, reported that terrorists “got word that a number of ex-RUC and army personnel worked at the studios. They were even told the exact job in which most of them were employed and the catering unit where they took their lunch and tea at the same time every day.”

2. An Informant Revealed the Details of the Plot to Police & a Prominent Northern Irish Politician

The plot was revealed by an informant for the Police Service of Northern Ireland. A reporter with the Belfast Telegraph’s sister title, the Sunday Life, reported seeing documents that showed an informant telling a former police officer about the threat. That officer took the information to Northern Irish politician Sammy Wilson, who in-turn brought it to the attention of the security forces.

3. The Attack Was Thwarted by a ‘Sophisticated’ Police Operation

According to the Belfast Telegraph, the plot was foiled months ago but kept under wraps until March 2015. The Telegraph reports that a “sophisticated” police operation was put in place to protect the cast and crew of the show.

4. The Attack Was Most Likely Planned by the Real IRA or the Continuity IRA

The planned attack is being blamed on “dissident Republicans.” The most active dissident groups in Northern Ireland are the Real IRA and the Continuity IRA. Both groups are small in numbers after splitting from the Provisional IRA in the ’90s following the Good Friday Agreement, which ushered in peace in the troubled state. A 2012 estimate suggested the groups had about 300 members each. You can watch a propaganda video from the Real IRA above.

5. In the 1970s, the IRA Made Death Threats Against Stanley Kubrick

During the 1970s, legendary director Stanley Kubrick received death threats from the IRA while he made his epic Barry Lyndon in Ireland. The threats were made because the movie showed British soldiers in uniform in Ireland. Members of the Irish Republican Army were also unhappy with Kubrick’s “ultra-violent” movie, A Clockwork Orange. No arrests were ever made after those threats. 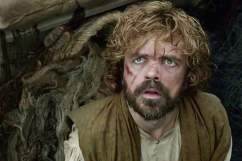 Loading more stories
wpDiscuz
0
0
Would love your thoughts, please comment.x
()
x
| Reply
Cops say members of the IRA had planned to plant a bomb on the set of the HBO show.