A helicopter has crashed into an Orlando home and the smoke form the resulting blaze can be seen for miles. (Twitter)

A helicopter crashed into the second story of a home in Orlando, Florida, Sunday afternoon, killing one. Here’s what you need to know:

1. The Helicopter Crashed into the Second Story

Shortly after 2:30 p.m., a chopper reportedly crashed into a home in a suburb of Orlando, hitting a second story apartment over a garage on Alameda St. near Edgewater Drive.

2.There is No Word Yet on Injuries

Initial reports indicate that only one victim has been found, presumed to be the pilot of the two-seater helicopter. According to witnesses at the scene interviewed by local news station WFTV, nobody was in the second-story apartment when the helicopter struck, and though one resident was in the main house at the time, he was not harmed.

The area is a densely populated suburb of Orlando, with several houses resting close to the home that was struck. 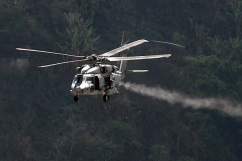 3. The Crash Sparked a Fire

The home itself appears to have been damaged from the impact of the helicopter, judging from photos posted onto social media sites, but additional damage appears to be resulting from a large fire started when the chopper hit the house.

Local residents interviewed by WFTV said neighbors attempted to help any victims before an explosion and ensuing fire.

4. Smoke Can Be Seen For Miles

Photos of the blaze immediately popped up on Twitter, many of them taken from miles away.

5. The Pilot May Have Died in the Crash

Initial reports indicate that the pilot of the helicopter perished in the crash. There has been no word yet on what may have been the cause of the crash. 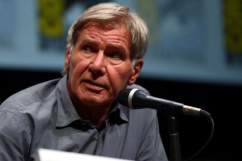 Loading more stories
wpDiscuz
0
0
Would love your thoughts, please comment.x
()
x
| Reply
A helicopter has crashed into the second story of a home in Orlando, Florida.