Demonstrators gather outside the City County Building on March 30, 2015 in Indianapolis, Indiana. The group called on the state house to roll back the controversial Religious Freedom Restoration Act. (Getty)

Backlash erupted from across the country after Indiana’s Republican Governor Mike Pence signed into law the Religious Freedom Restoration Act, with many people calling the bill an attack on gay rights.

The bill was passed by the state’s GOP-led legislature and signed last week by Pence at what the Indianapolis Star called a “private” event. It is set to take effect July 1.

I signed SEA 101 today to ensure religious liberty is fully protected under IN law http://t.co/vCOASZBZnH pic.twitter.com/CMFJh6aLDx

The full text of the law can be read at the Indy Star.

1. Critics Say the Law Would Allow Businesses to Refuse Service to LGBT People

Demonstrators gather outside the City County Building on March 30, 2015 in Indianapolis, Indiana. The group called on the state house to roll back the controversial Religious Freedom Restoration Act. (Getty)

While the bill doesn’t specifically mention sexual orientation, opponents of it say it could allow businesses to refuse service to gays or lesbians, according to the Indy Star.

Critics say the law is specifically designed to allow for businesses to refuse to serve gays or lesbians, such as flower shops or caterers hired for a same-sex wedding, according to the AP.

“What you are seeing in the last few days is business speaking up to our legislature and our governor, and saying, ‘Please don’t make our jobs any harder. Please don’t make it harder to do business here,” Jennifer Wagner, communications director of Freedom Indiana, a grassroots organization that campaigns against state anti-LGBT measures, told USNews.com.

Fred Sainz, spokesman for the Human Rights Campaign, called the bill “one of the worst” in the country, according to US News:

It’s very, very pro-actively discriminatory in that it allows everything from individuals to discriminate, to [individuals even being] able to have claims against businesses that enforce their own non-discrimination policies.

Thousands of opponents rallied in Indianapolis against the bill. The city’s mayor and council spoke out against it, along with Democrats in the legislature.

Indianapolis will not be defined by this. #IndyWelcomesAll

In a front-page editorial, the Indy Star called for the law to be changed:

Our image. Our reputation as a state that embraces people of diverse backgrounds and makes them feel welcome. And our efforts over many years to retool our economy, to attract talented workers and thriving businesses, and to improve the quality of life for millions of Hoosiers. All of this is at risk because of a new law, the Religious Freedom Restoration Act, that no matter its original intent already has done enormous harm to our state and potentially our economic future. The consequences will only get worse if our state leaders delay in fixing the deep mess created.

2. The Law Differs From Other Federal & State Laws With Similar Names

The bill came after the Supreme Court’s decision in Burwell v. Hobby Lobby, which according to SCOTUS Blog, “applied to closely held corporations, the regulations promulgated by the Department of Health and Human Services requiring employers to provide their female employees with no-cost access to contraception violate the Religious Freedom Restoration Act.”

With the Supreme Court ruling seemingly holding up the federal RFPA as a constitutional law, supporters of Indiana’s bill saw an opportunity to get a similar law on the books. The bill also came after New Mexico’s state Supreme Court held that its RFPA law didn’t protect businesses because the government is not a party to those transactions. That ruling found that a photography studio violated the state’s Human Rights Act by refusing to photograph a gay couple’s wedding, according to the Washington Post. The U.S. Supreme Court declined to hear the case.

Indiana’s law includes language preventing a similar decision from its state Supreme Court, according to The Atlantic.

According to the Associated Press, the Indiana bill aims to prohibit state laws that “substantially burden” someone’s ability to follow his or her religious beliefs. To pass such a law, the government must show that it has a compelling interest and that the law is the least restrictive means of achieving it. The bill includes religious institutions, business and associations in its definition of person.

Defenders of the law say it is a shield against lawsuits or government action that would limit religious freedom.

“This bill is not about discrimination,” Pence told the Indy Star after signing the bill, “and if I thought it legalized discrimination I would have vetoed it.”

Many supporters of the bill say it is the same as the federal Religious Freedom Restoration Act and similarly named laws in 20 other states. But as The Atlantic points out, there are differences between the Indiana law and the others. According to the Atlantic it differs in two ways.

First, “the Indiana law explicitly allows any for-profit business to assert a right to ‘the free exercise of religion.’ The federal RFRA doesn’t contain such language, and neither does any of the states RFRAs except South Carolina’s; in fact, Louisiana and Pennsylvania, explicitly exclude for-profit businesses from the protection of their RFRAs.”

The Indiana law also states, “A person whose exercise of religion has been substantially burdened, or is likely to be substantially burdened, by a violation of this chapter may assert the violation or impending violation as a claim or defense in a judicial or administrative proceeding, regardless of whether the state or any other governmental entity is a party to the proceeding,” which The Atlantic says is not in the federal RFRA nor any of the other state statutes other than Texas. That language follows the Hobby Lobby ruling by extending “free exercise” rights of individuals or churches to for-profit corporations.

The second difference, according to The Atlantic, is the law makes that “free exercise” right a “defense against a private lawsuit by another person, rather than simply against actions brought by government,” which is in reaction to the New Mexico case.

Some state and federal officials have tried to clarify the differences:

CT law on religious freedom only pertains to religious institutions not private establishments.

And unlike other states CT doesn't permit discrimination on sexual orientation in any private establishment or institution.

3. The Governor Has Called for a Change to the Law

After initially standing firm in defense of the law and saying no changes would be made, Governor Pence said Tuesday he wants a bill on his desk this week that clarifies Indiana’s controversial law.

According to the Indy Star, Pence said it’s “been a tough” week and there is a “perception problem” about the law. He said he wasn’t expecting the backlash. Pence said:

But Pence said adding protections for gays and lesbians rights is not on his agenda.

He said the legislation was intended to insure “the vitality of religious liberty” in the state and there has been misunderstanding, mischaracterization and confusion about the law. He said state officials have been listening to the criticisms and will respond.

“We will fix this and we will move forward,” Pence said.

Pence had previously stood by the law in TV appearances and an op-ed in the Wall Street Journal.

4. Outrage Over Indiana’s Law Led to Boycotts From Celebrities, Businesses & Even Other States

Husband-and-wife actors Megan Mullally and Nick Offerman cancelled a show in Indiana as a result of the bill being passed. (Getty)

Parks and Recreation star Nick Offerman and his wife, Megan Mullally, cancelled an Indiana show because of the bill.

Congrats @GovPenceIN WE ARE CANCELING Indiana Summer of 69 tour 5/16. I WILL PLAY @IndianaUniv this Weds and donate my $ to HRC. #Usuck

Because of Indiana's new law, later today I will sign an Executive Order regarding state-funded travel. -DM

When new laws turn back the clock on progress, we can’t sit idly by. We are sending a message that discrimination won’t be tolerated. -DM

Local sports team and the Indiana-based NCAA also spoke out against the law. The NCAA’s Final Four is set to be held in Indianapolis this weekend. Major sports leagues, including the NBA, NASCAR and the WNBA have denounced the law along with the NCAA. Though Indianapolis Colts owner Jim Irsay made a statement about it, the NFL has remained silent:

I am the proud father of a gay son. In his honor, I will not be attending the CFP committee meeting in Indy this week. #EmbraceDiversity

The Colts have always embraced inclusiveness, tolerance, and a diverse fan base. We welcome ALL fans to Colts Nation. ONE FAMILY!

Businesses also responded, including several that pulled out of a technology conference scheduled to be held in Indiana:

The following have all pulled out of @IndyBigData : @EMC @cloudera @hortonworks @platfora @Oracle @pivotal @EMCIsilon

#RFRA having a direct negative impact on #tech in IN by natl sponsors w/drawing. @Indybigdata calls for immediate correction to the law.

5. Arkansas Is Poised to Pass a Similar Bill

Despite the national outrage that has followed Pence’s signing of the Indiana bill, officials in Arkansas plan to go forward with a similar law, according to The Associated Press.

Gov. Asa Hutchinson said in a statement, “”If this bill reaches my desk in similar form as to what has been passed in 20 other states, then I will sign it, but I am pleased that the Legislature is continuing to look at ways to assure balance and fairness in the legislation.”

The bill would prohibit state and local governments from infringing on a person’s religious beliefs without a compelling reason, the AP reports. Its supporters say they don’t plan to modify the propsoal.

“There’s not really any place to make any changes now,” Republican Rep. Bob Ballinger of Hindsville said about his proposal to the AP. “If there are questions in two years, we can fix it.””

According to the Arkansas Times, the proposed Arkansas law would also allow for a private individual, including an “association, partnership, corporation, church, religious institution, estate, trust, foundation, or other legal entity,” to file a claim under the RFRA even when the government isn’t a party.

Arkansas does not have anti-discrimination protections for gender and sexual identity in its laws, and a recently signed law prohibits municipalities from including such protections in local ordinances, the AP reports. 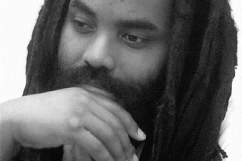