Lacey Spears, the New York mother accused of fatally poisoning her 5-year-old son with salt after blogging about his mysterious health issues, has been found guilty of depraved murder in the second-degree.

A jury found Spears, 27, guilty of killing her son, Garnett-Paul Spears, by force feeding him sodium through a tube while he was at a Westchester County, New York, hospital in January 2014. Spears and her son were living in Chestnut Ridge, New York, at the time. The sodium caused brain swelling, according to the report.

Here’s what you need to know about Lacey Spears:

After a trial that lasted 14 days, the jury deciding Spears’ fate began deliberating Thursday, continuing into Friday and onto Monday morning before returning a guilty verdict on the second-degree murder charge, according to LoHud.com. Spears will be sentenced in April, according to the LoHud report. She faces a mandatory minimum of 15 years in prison and a maximum of 25 years to life.

During the trial, prosecutors called Spears a “calculated child killer,” according to LoHud.

In a statement released after the verdict, District Attorney Janet DiFiore said:

Throughout his five years, Garnett Spears was forced to suffer through repeated hospitalizations, unneeded surgical procedures and ultimately poisoning with salt, all at the hands of the one person who should have been his ultimate protector: his mother. Using the child’s “illnesses” to self aggrandize herself, her actions directly lead to her son’s tortured death. We will continue to ensure that his mother is held accountable and that justice for Garnett Spears will be served in his memory.

2. Spears Says She Is Innocent

Spears’ attorney said they plan to appeal the decision. Spears and her defense team claimed innocence throughout the trial, and argued negligence on the part of the hospital, NBC New York reports.

Spears blogged about her son’s illness starting when he was a baby, according to MSNBC. She also posted updates about him on Facebook, Twitter and other social media sites.

When Spears took her son to the hospital in the days before his death, she provided doctors with a medical history they found to be suspicious, the district attorney’s office said in a press statement after the verdict. Garnett’s history included extensive medical visits, hospitalizations and invasive surgeries.

Police and prosecutors have said Spears’ poisoning of her son was a ploy for attention.

Experts believe Spears suffered from the psychiatric condition Munchausen Syndrome by proxy, according to CBS News. The condition causes parents or caregivers to purposely harm a child sick to gain attention, according to experts. Prosecutors did not raise the issue at trial.

Spears claimed her son’s father was a hero police officer named Blake, who had died, while in fact Garnett’s son was alive, according to Gawker. LoHud.com talked to the boy’s father, Chris Hill, as part of a series on the Spears case. He never met his son and last saw Spears shortly after his son’s birth, Hill told LoHud.com:

We had already split up, and she was saying he wasn’t mine, and to leave her alone. I only saw her, and him, when she would get out of her car to walk upstairs. I would hear her car door shut, and hear him cry. Then I would look out of my window to try and get a look at him. 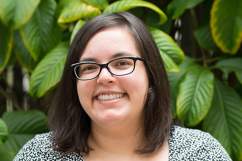