The incident sparked protests and rallies in Madison amid outrage, in part, perhaps, because it fell on the 50th anniversary of the Civil Rights marches from Selma to Montgomery, Alabama.

On Saturday, YouTube user Liberty News Media released audio of the full incident as it was heard on police scanners. 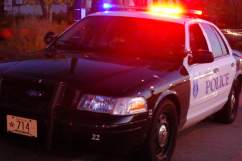