A report released March 3 by the Oxfordshire Safeguarding Children Board (OSCB) has revealed details about the large-scale sexual abuse of children and “street grooming” that occurred in Oxford, England between 2005 and 2010 by gangs of men. The independent review was conducted following the 2011 police crackdown known as Operation Bullfinch, which led to several arrests and convictions of child predators. The report also included potential changes that could help prevent future abuse of children.

The report focuses on the Oxford case, but similar “street grooming” and sexual assault gangs have been investigated, leading British Prime Minister David Cameron to say after the report was released that police will deal with child sex exploitation as a “national threat,” according to the BBC.

1. 370 Children Were Abused by the Gangs

The report found that 370 children were “at risk of child sexual exploitation in Oxfordshire” between 2005 and 2010, with more cases brought to the courts since the review began. One group of seven men, who were arrested in 2011 and later convicted, were responsible for grooming and abusing six girls, according to the report.

The children were groomed by their abusers and were given alcohol and drugs, gifts and attention and led to believe that the men were their boyfriends. They were forced to have sex in exchange for the drink and drugs and were physically assaulted, threatened, drugged, raped and sold for sex. They were drawn into the world of the abusers so much so that they lost any ability to make informed choices about what they did.

The review is similar to an independent report conducted in Rotherham that found 1,400 children were exploited by gangs of men between 1997 and 2013, according to the BBC.

Maggie Blyth, the chair of the board overseeing the report, said in a statement:

It is shocking that these children were subjected to such appalling sexual exploitation for so long. On behalf of the OSCB I would like to apologise for how long it took organisations in Oxfordshire to see what was happening to these children and bring the perpetrators to justice.

2. No One Believed the Victims

Chief Constable Sara Thornton responds to Serious Case ReviewThe Chief Constable of Thames Valley Police, Sara Thornton, responds to a Serious Case Review into Child Sexual Exploitation in Oxfordshire. The review, which has been carried out by the Oxfordshire Safeguarding Children Board, looks at what agencies could have done more to protect victims and prevent abuse in the Oxford area between 2004 and 2011. CC Thornton explains what the review highlights, what Thames Valley Police’s response is and what the Force is doing to make sure abuse on this scale does not happen again.2015-03-03T10:59:15.000Z

The review found that the victims were not believed by police and social workers when they complained about the abuse. The report found that there was a lack of understanding of consent and that the girls’ claims were often dismissed because they were seen as “very difficult” and to blame for the situations they were in.
Blyth said in her statement:

It is clear that between 2005 and 2010 despite the efforts of some front line staff working with children individually, there was no understanding of the type of abuse which later emerged, a culture across all organisations that failed to see that these children were being groomed in an organised way by groups of men and therefore there was no concerted or organised response across Oxfordshire agencies working with children against this terrible child abuse.

Seven men arrested in 2011 were convicted in 2013. Of those men, five were sentenced to life in prison, while two others also received lengthy sentences, according to the report.

In an interview with the BBC, Cameron said:

Cameron said it’s time to recognize the “horrific nature of what happened in our country.”

5. Reforms Are Being Made

Thames Valley Police Kingfisher TeamDet Insp Laura Macinnes works on the Kingfisher Unit in Oxford, which works with vulnerable young people. It sees workers from the police, council and health sit side-by-side to identify young people at risk from abuse and support those young people. Det Insp Macinnes explains the hard work carried out by the team and the demands placed on them every day.2015-03-03T10:59:16.000Z

The review included 60 “learning points” for professionals dealing with potential victims and 13 recommendations for reform, according to the press release. Cameron has also proposed reforms, according to the BBC, including unlimited fines for organizations shown to have let children down and a national helpline for reporting of bad practices by professionals dealing with victims. 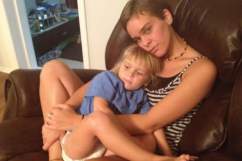