New Jersey Sen. Robert Menendez, D-New Jersey, has been indicted on federal corruption charges related to gifts prosecutors allege were given to him by Florida doctor Salomon Melgen in return for political favors, The Associated Press reports.

A Newark grand jury indicted Menendez on 14 counts, including bribery and conspiracy.

Melgen is also charged in the case.

1. He Allegedly Took Gifts From a Friend in Return for Political Favors

Menendez allegedly accepted gifts from Melgen, a Florida eye doctor and a top contributor to Democrats. In exchange, Menendez pushed Melgen’s business interests in the Senate, according to CNN.

A 2010 trip to the Dominican Republic that was paid for by Melgen is at the center of the investigation, CNN reports. When word of that trip leaked in 2013, Menendez paid back $58,000 and said it was “an oversight” that he hadn’t reimbursed Melgen previously. 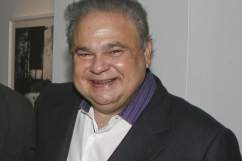 2. He Was Investigated for Patronizing Prostitutes in the Dominican Republic

3. He Has Denied Wrongdoing in the Melgen Probe

In a statement to CNN, Menendez spokesperson Tricia Enright said:

As we have said before, we believe all of Senator’s actions have been appropriate and lawful and the facts will ultimately confirm that. Any actions taken by Senator Menendez or his office have been to appropriately address public policy issues and not for any other reason.

Menendez has previously said his repayment to Melgen was because of an oversight, not fraud. He told the New York Times in 2013 that Melgen is “a friend and political supporter.”

Menendez has said the FBI’s investigation is part of a “smear campaign” against him, according to CNN.

A longtime Congressman, Menendez was appointed to the Senate in 2006 when then-Sen. Jon Corzine was elected as New Jersey’s governor. He filled the remainder of Corzine’s term and has been re-elected twice.

5. He is Re-Married & Has Two Children With His Ex-Wife

Menendez was divorced from his wife, New Jersey teacher Jane Jacobson, in 2005. They have two children, daughter Alicia Menendez, a TV news host and a son Robert. 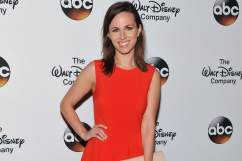