Complaining about your job on social media is something most Americans have done at least once in their lives. But one Florida man found himself behind bars for doing just that.

Ryan Pate wrote on Facebook about a dispute he was having with his Abu Dhabi-based employer. Pate works as a contractor for the company in the United Arab Emirates, but was home on leave when he made the post. When he returned to work, he was arrested on charges that he violated the UAE’s strict cybercrimes law that bars slandering an employer online, according to a GoFundMe page created to help Pate. Now, Pate is free on bond and facing serious charges, while in the U.S. his fiancee and family are fighting to get him back home.

Pate’s trial is scheduled for March 17 and he faces a prison sentence and fine, his fiancee, Jillian Cardoza, wrote on the GoFundMe page. She said he charge carries a possible sentence of up to five years in prison and a maximum $50,000 fine. He also needs about $40,000 for attorney fees, according to Cardoza.

A contractor, Pate, was arrested in January after returning to the Middle Eastern country to close out his employment with Abu Dhabi-based Global Aerospace Logistics. Pate was working for the company as a helicopter mechanic.

Cardoza wrote that Pate is 6’8″ and has a back condition that he was recently diagnosed with while in the U.S. He contacted his his employers after his doctor recommended he not do such a physical job. Cardoza said the employer’s response was “heartless and upset Ryan deeply.” He then went onto a mechanics Facebook group and vented.

A fellow employee saw the post and showed it to the police, which led to the charges for “slander against his employers and the company,” according to Cardoza. Pate was arrested by Abu Dhabi police upon his return to the Emirates. Pate was jailed for 11 days before his family hired an attorney and he was released on bond.

I just couldn’t register it in my head because as an American growing up in the United States, the First Amendment right is just ingrained in my brain. I never even entertained the fact that I would wind up in prison out here for something I put on Facebook in the United States.

2. He Has Apologized for Making the Posts

Pate said he went onto the site to warn others not to work for the company, but then might have lost his cool and gone overboard with his comments, according to the Tampa Bay Times.

Cardoza told the Times that the posts included racially insensitive comments, referring to those in the company as “filthy Arabs.”

Pate told the newspaper he wasn’t as “tactful” as he could have been:

I just want to apologize to everybody I dragged into this. It is embarrassing, and I never meant for this to happen. I let my emotions get the better of me.

3. His Fiancee Has Raised Thousands to Help Him

Cardoza’s GoFundMe page has raised more than $16,000 since she started it. They are hoping to raise $45,000 to cover his attorney fees.

“We are desperate to secure this attorney, who knows their countries legal system better than anyone and is willing to take this case on. We need your help to make this happen,” Cardoza wrote on the page.

4. His Congressman is Fighting for His Release

Rep. David Jolly has intervened on Pate’s behalf, according to the AP, and has reached out to the State Department and Emirates officials.

It is deeply troubling that Mr. Pate now faces judicial proceedings over an action that was done legally in his home country.

5. The Company Has Received Mixed Review From Former Employees

Great company to work for. Excellent benefits and very friendly people. The country is very modern in most respects and have multitude of amenities and things to see and do. The UAE are very tolerant of other cultures to include religion, alcohol, pork, night life but expect the same respect and good taste when in public.

But another reviewer leads with “DO NOT WORK FOR GAL” and writes that the management is difficult to work with. 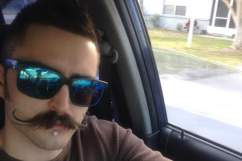 Loading more stories
wpDiscuz
1
0
Would love your thoughts, please comment.x
()
x
| Reply
Ryan Pate has been arrested in Abu Dhabi on slander charges after making a Facebook post complaining about his UAE-based employer while home in Florida.