Kenya Defense Forces are pictured after they ended a siege by gunmen in the university on April 2, 2015 in the northeastern town of Garissa. (Getty)

The son of a Kenyan politician has been identified as one of the four gunmen who stormed Garissa University last week in a terror attack that killed 147 people.

Abdirahim Abdullahi and the three other al-Shabaab-affiliated terrorists were killed by Kenyan security forces after the attack, the country’s Interior Ministry said.

The shooting in the northeastern part of the country was the latest terror attack targeting Christians and non-Muslims in Kenya. The Somalia-based al-Shabaab militant group has taken responsibility for the attack, the same group that carried out the massacre at a Nairobi mall in September 2013, and a November 2014 attack on a bus in Mandera.

1. His Father Is a County Government Official

Abdullahi’s father, Abdullahi Daqare, is a government chief in the county of Mandera in northern Kenya, near the Somalia border, officials told CNN.

His father is a Kenyan Somali.

2. His Family Reported Him Missing

Kenya Defense forces soldiers search and question people at the front entrance of Moi University in Garissa on April 3, 2015. (Getty)

According to Reuters, Abdullahi Daqare reported his son missing to Kenyan authorities and said he thought he had gone to Somalia.

“I have received reports from people who found information (on) the Internet that my son was one of the terrorists,” Daqare said, according to CNN. “I previously told the government that the son is missing. I sought their help to find the whereabouts of my son.”

He said he hadn’t been in contact with his son and had “really given up on him.”

Kenya’s President, Uhuru Kenyatta, said Saturday that the the terrorists involved in the attacks were “deeply embedded” in Kenyan communities and urged Muslims to fight radicalization, according to CNN.

The governor of Mandera, Ali Roba, said Kenya has “massive radicalization problems, not only in the northern counties, but across the country.”

Interior Minister Mwenda Njoka told AFP, it is “critical that parents whose children go missing or show tendencies of having been exposed to violent extremism report to authorities.”

3. He Was a ‘Brilliant Student’ at Law School

Hostages are escorted out of Garissa University after Kenya Defence Forces ended a siege by gunmen in the campus. (Getty)

A Garissa-based official told Reuters that Abdullahi attended law school at the University of Nairobi.

“He was a very brilliant student. But then he got these crazy ideas,” the unnamed official said.

Abdullahi worked for a bank before he disappeared, according to his father.

4. A Reward Has Been Offered For the Accused Mastermind of the Attack

Mohamed Kuno has been identified by Kenyan authorities as the mastermind behind the attack of a college in Garissa.

The Interior Ministry identified the mastermind of the attack as Mohamed Kuno, known by several aliases, including Mohamed Muhamed, Sheikh Mahamad, Dulaydin and Gamadhere.

The reward for Mohamed Kuno, a native of Kenya, is 20 million Kenyan shillings, which is about $215,000 U.S. dollars.

Five suspects tied to the shooting have been arrested, Fox News reports. Three of those arrested are affiliated with Mohamed Kuno.

He was identified as a wanted terrorist in December and he has been on the run since then, according to the Daily Nation, a Kenyan news outlet.

The Daily Nation said a security briefing identifies Mohamed Kuno as a former teacher and principal at Madrasa Najah in Garissa. He worked there from 1997-2000, according to AllAfrica.com. He also worked for the Al Haramain Foundation between 1993 and 1995, when he was known as Sheikh Mahamad Afte, according to the website.

According to the security briefing reported on by The Daily Nation, Mohamed Kuno leads Al-Shabaab forces in the Juba region of Somalia, an area that shares a border with Kenya, including Garissa county.

He is in charge of Al-Shabaab missions against Kenya, according to the report, and uses family members in attacks. He claimed responsibility for the attack on a bus in Mandera that killed 28. 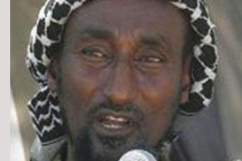 5. Christian Churches Have Increased Security for the Easter Holiday

“Everyone is anxious and you never know what will happen next, but we believe the biggest protector is God and we are praying,” Samuel Wanje, 27, a youth member at the church, told Reuters.

Loading more stories
wpDiscuz
0
0
Would love your thoughts, please comment.x
()
x
| Reply
The son of a Kenyan government official has been identified as one of the four shooters who stormed Garissa University College, killing 147 people.