A New Zealand-born crime writer and theatre director who wrote during the “golden age” of detective novels is celebrated on April 23, 2015 with a Google Doodle.

Dame Ngaio Marsh, born in Christchurch, would have turned 122 on April 23. She is best known for her series of crime novels about Inspector Roderick Alleyn, a fictional detective with London’s Metropolitan Police. Marsh became a Dame Commander of the Order of the British Empire in 1966.

Marsh, who never married or had children, died February 18, 1982 in her New Zealand home town.

She shares her birthday with her beloved William Shakespeare, whose plays she performed, directed and produced.

Here’s what you need to know about Marsh:

Ngaio Marsh in her St. Margaret’s College school uniform. She attended the school from 1910 to 1914. (Wikipedia)

Marsh studied at St. Margaret’s College in Christchurch from 1910 to 194, “where she showed talent for writing poetry, prose and plays as well as acting,” according to the Ngaio Marsh House & Heritage Trust’s website.

She later attended Canterbury College School of Art from 1913 to 1919 as a part-time student, studying to become a professional painter.

A visit to England sparked the start of her writing career. According to the biography on the Marsh House & Heritage Trust’s website:

In 1928 Marsh made her first visit to England, throwing herself into London life, working in the theatre, interior design and travel writing. Marsh turned to novels and in 1931 came up with the very English Chief Detective Inspector Roderick Alleyn. While in London she wrote A Man Lay Dead. This marked the beginning of her prolific crime-writing career and there followed in quick succession the crime novels Enter a Murderer, The Nursing Home Murder and Death in Ecstasy

2. She Was One of the ‘Queens of Crime’ Alongside Agatha Christie

Marsh wrote during a period often referred to as the “Golden Age of Detective Fiction.” She was known as one of the “Queens of Crime” along with British writers Agatha Christie, Dorothy L. Sayers, Gladys Mitchell and Margery Allingham.

She gave her first novel to Christie’s Edmond Cork, while in England, and it was published in 1934, according to The Encyclopedia of New Zealand.

Marsh works within the classic detective story form, enlivening it with the high quality of her writing and a range of erudite references. While many of her novels have an English village or country house setting and subscribe to a conservative view of society, she is capable of innovation, especially in terms of realistic characterisation and psychology.

3. All 32 of Her Novels Were About Inspector Roderick Alleyn

All of Marsh’s novels feature Inspector Roderick Alleyn, described by The Encyclopedia of New Zealand as displaying “the standard aristocratic confidence and a rational skepticism about human nature,” but Alleyn is notable “for his lack of eccentricity.”

Her novels later include Alleyn’s friend and wife Agatha Troy, a painter.

Most of the novels are set in England, with four taking place in New Zealand with Alleyn either on assignment or holiday there.

4. She Directed & Produced Many Plays in New Zealand

Theatre was another one of Marsh’s passions. She began producing and directing plays in the 1940s, founding a theatre guild.

The Ngaio Marsh Theatre at the University of Christchurch was named in her honor when it opened in 1967.

According to The Encyclopedia of New Zealand, “Her directing style was imaginative, meticulous and autocratic, based on her admiration for the theatrical style of London and Stratford. Despite the amateur status of her actors, the results were highly acclaimed. But she was less sympathetic to any sense of an emergent nationalist culture, and particularly disliked the New Zealand accent, which she discouraged.”

The encyclopedia entry quotes playwright Mervyn Thompson on her style:

Everything in large sweeps. Spectacular visual patterns. Emphasis on swift movement forward of narrative. Rousing climaxes! Large emphasis on tonal variations. Character secondary to ‘musical’ elements. Good ‘popular’ Shakespeare. Great ‘orchestration’. Nothing ‘dry’ left in. Not much in the way of politics either.

5. Her House Has Been Turned Into a Museum

Ngaio Marsh rereads the notes for her latest book in the sitting room of her Kensington home, 1966. (Getty)

Fans of Marsh can visit her Christchurch home, as it was turned into a museum. According to the museum’s website:

Her home, which has been enlarged over the years, was built when Ngaio was just ten, and was designed by leading Christchurch architect Samuel Hurst Seager. Visitors to this unique property can gain an understanding of her life and work as well as a captivating insight into her private world.

Discover the family treasures and antiques she collected from around the world, see where her most famous works were composed, and imagine the elegant parties in the Long Room. Her home remains much as she left it, as if she has simply stepped out momentarily and will soon return to take up her Waterman pen with its distinctive green ink. A relatively unknown aspect of her life was her interest in painting. The house contains several examples which illustrate her talent.

The house is open from October to May every Sunday from 2:30 p.m. to 4 p.m., and also available for visits by appointment. 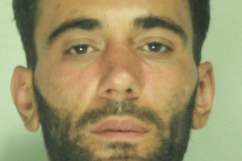 Read More
5 Fast Facts, Australia, Google Doodle, New Zealand
wpDiscuz
3
0
Would love your thoughts, please comment.x
()
x
| Reply
Dame Ngaio Marsh is celebrated on her 122nd birthday with a Google Doodle. Marsh was a New Zealand-born writer known as one of the 'Queens of Crime.'