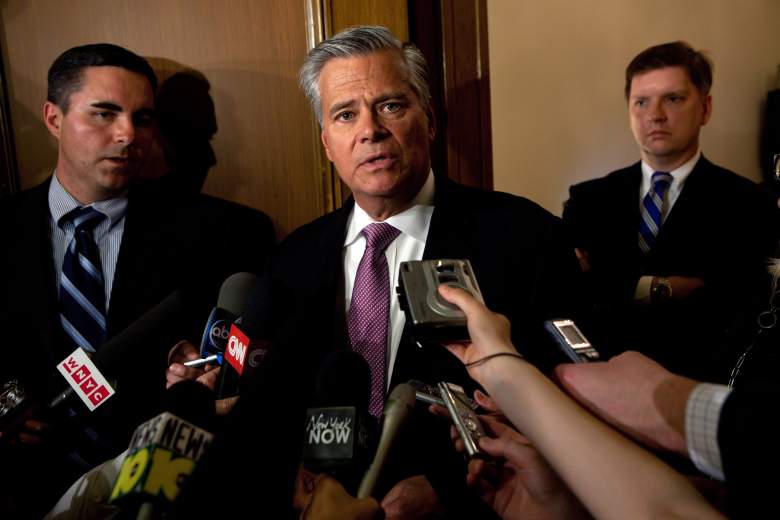 The pair surrendered at the FBI’s New York office, according to the New York Times.

The charges are detailed in a six-count criminal complaint filed in the Manhattan U.S. District Court. They include conspiracy, extortion under the color of official right, honest services wire fraud and bribe solicitation.

Eight of Skelos’ colleagues in the chamber’s Long Island delegation have been issued with subpoenas.The investigation centers on 32-year-old Adam Skelos’ business dealings.

The latest corruption claim to rock Albany has left the State Senate in turmoil.

Skelos, 67, told reporters on April 22 that he’s “cooperating fully” with the investigation and disputed rumors that he would step aside from the leadership position amid the investigation.

It’s not known whether Skelos, a Long Island Republican, will now resign, but he is certain to face questions over his leadership.

1. He is Under Investigation Over His Business Relationship With His Son 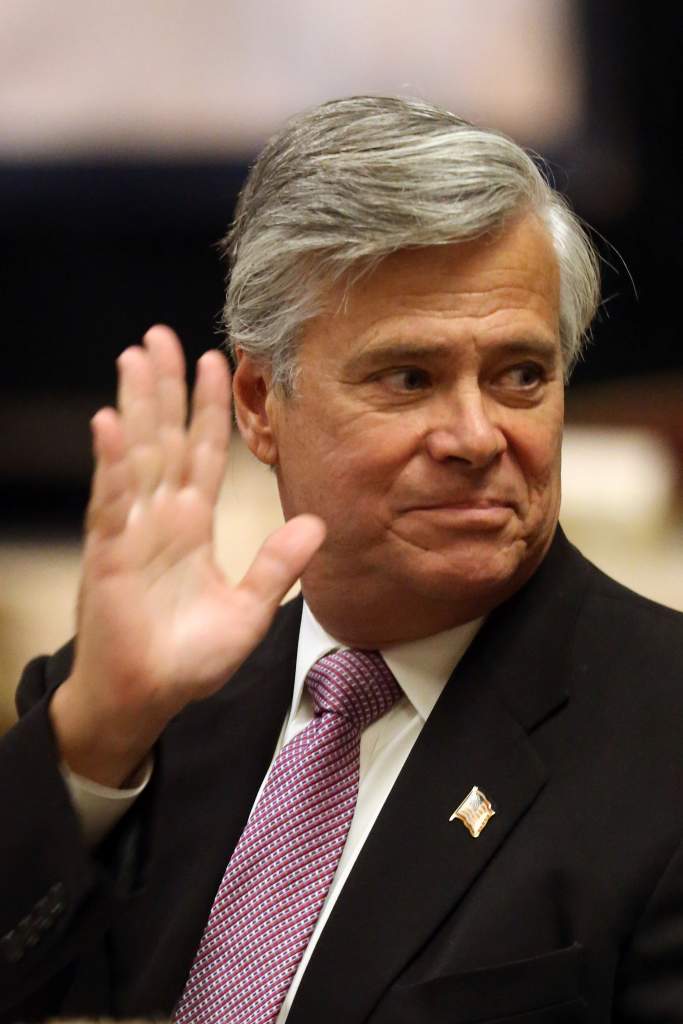 The secret proceeding is focusing on the business dealings of Adam Skelos, 32, including his hiring by an Arizona company that won a local government contract in New York although it was not the low bidder, and a $20,000 signing bonus from a title insurance company that never employed him, the Times said, citing unnamed sources.

Investigators are trying to determine whether the elder Skelos, 67, used his political influence to help the Arizona company, AbTech Industries, which won a $12 million storm-water treatment contract from Nassau County on Long Island, the Republican senator’s home district. 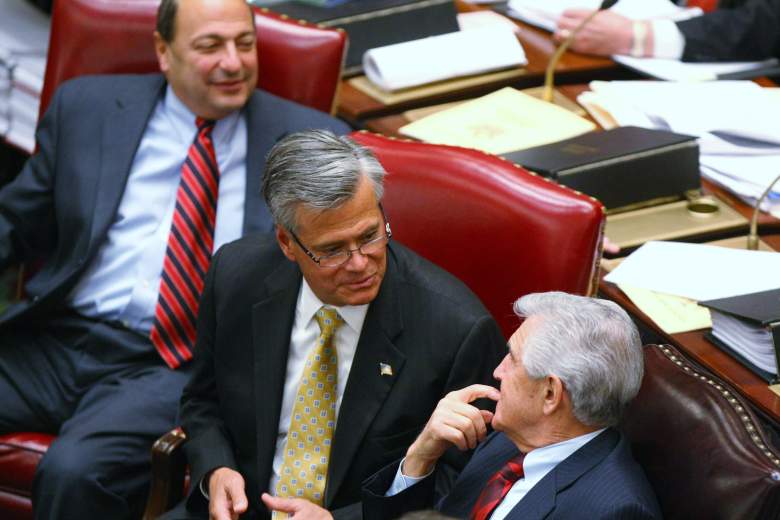 He had had a long career in the state assembly. He served as the Chairman of the Senate Aging Committee before stepping down from that post after ten years. Skelos was also instrumental in the passage of the Sex Offender Registration Act, also known as Megan’s Law, which mandated that convicted sex offenders register with local law enforcement authorities and that local communities be apprised of the presence of all known sex offenders.

As Co-Chairman of the Joint Committee on Breast Cancer and Pesticides, Skelos helped to draft the Health Research Science Law, which established a Pesticide Registry within New York State.

Since 1989, Skelos has been Co-Chairman of the Legislative Task Force on Demographic Research and Apportionment, a position that requires he and his colleagues to redraw the boundaries of Assembly, Senate, and congressional districts within New York State.

In 1993, Skelos was appointed as Chairman of the Task Force on Economic Recovery and Job Development.

In 2011, he voted against the Marriage Equality Act, which the Senate passed 33-29. In a statement he said, “This is a very difficult issue and it will be a vote of conscience for every member of the Senate.”

In addition to the Skelos family’s relationship with AbTech, federal investigators are zeroing in on the signing bonus that American Land Services paid to the younger Skelos, although he never went to work for the company.

Neither American Land Services nor AbTech Industries immediately responded to requests from the New York Times for comment.

In addition to his service in the New York State Senate, he is also counsel to Ruskin Moscou Faltischek P.C.

4. Albany Has Been Blasted as ‘One of The Most Corrupt Governments in The Nation 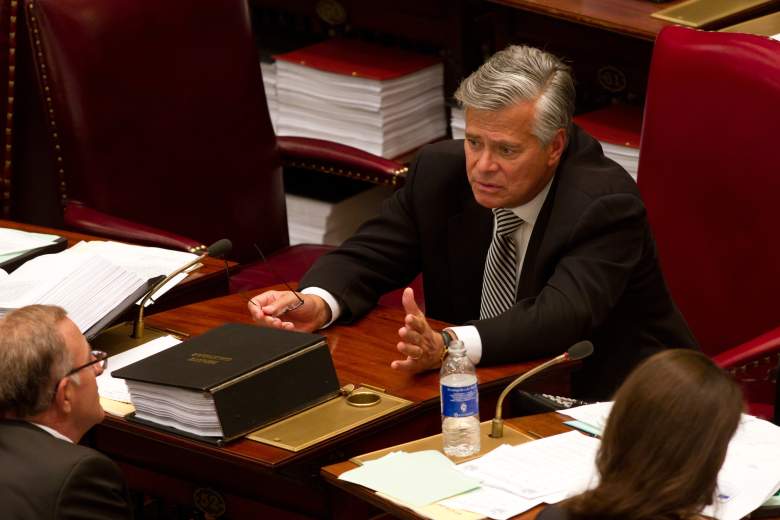 Both cases stem from a 2013 anti-corruption panel known as the Moreland Commission that was created and abruptly dismantled by Governor Andrew Cuomo, a sudden change that triggered an investigation by U.S. Attorney Preet Bharara.

The Times report on Wednesday said the Democratic governor disbanded the panel as part of a budget deal involving Skelos and Silver.

The governor, whose office did not immediately respond to a request for comment, has previously said the Moreland Commission was temporary in nature and not meant to work in perpetuity.

Bharara has castigated Albany for housing “one of the most corrupt governments in the nation” and said the concentration of power among the “three men in the room” – as Cuomo, Silver and Skelos were widely known – may be part of the problem.

5. The Probe Follows The January Arrest of ex-Speaker Sheldon Silver 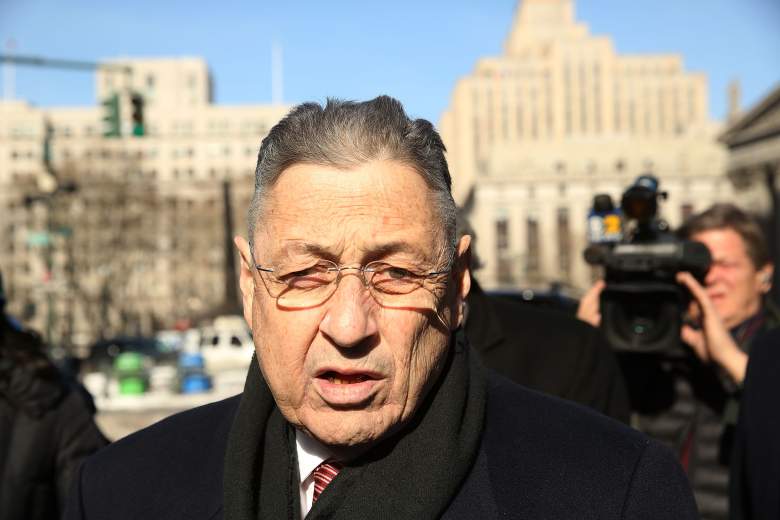 News of the grand jury investigation comes as Albany is still reeling from the January arrest of then-New York State Assembly Speaker Sheldon Silver, a Democrat, on federal corruption charges. Silver lost a bid last month to dismiss those charges. 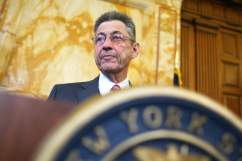