Another prisoner who spent time in a transport van with Freddie Gray states in a police document in the investigation the 25-year-old Baltimore man’s death that he heard Gray “banging against the walls” of the vehicle, the Washington Post reports.

The document was leaked to the Post on the condition that the other prisoner not be named out of fears for that man’s safety. The other prisoner said in the report that he thought Gray “was intentionally trying to injure himself.” The report was written by a Baltimore City Police investigator.

Gray died on April 19. He had been in a coma since his arrest on April 12. Police are continuing to investigate his death and have not said what caused the injuries to his neck, spine and voice box that eventually led to his death. Police have also not said why Gray was stopped, other than saying he made eye contact with an officer and then ran. Six officers have been suspended with pay pending the outcome of the investigation.

Baltimore Police declined to comment on the report because of the open investigation.

According to the Washington Post’s report, the other prisoner was put into a different portion of the transport van. He could not see Gray because of a metal partition between them.

.@jemillerwbal says by the time the stop was made to pick up the second prisoner, Gray was already unresponsive.

Second prisoner is loaded *30 minutes* after Gray is first put in the van. Is only in the van w Gray for 5 min according to @jemillerwbal

.@jemillerwbal on WaPo story "It is inconsistent with what we have reported."

Jason Downs, one of the attorneys representing Gray’s family, told the Post:

We disagree with any implication that Freddie Gray severed his own spinal cord. We question the accuracy of the police reports we’ve seen thus far, including the police report that says Mr. Gray was arrested without force or incident.

3. The Report Differs From What Police Previously Said the Other Prisoner Observed

The report is in opposition to what Police Commissioner Anthony Batts said during a press conference on April 23.

2nd prisoner in van was with Freddie Gray was only in van between 4th stop and Western District precinct. No one else in van to that point.

Did Freddie Gray Have a Spinal Injury Before His Arrest? No.

4. A Baltimore Cop Said on Facebook That Gray ‘Broke His Own Neck’

Avraham “Avi” Tasher, who claimed be a Baltimore City police officer on his now-deleted Facebook page, according to the website Photography Is Not a Crime.

Tasher, who is listed in public records as a Baltimore cop claimed in the Facebook post that Gray “broke his own neck.”

Baltimore Police and other city officials have not commented about the post, but it did spark some outrage on social media after it was seen by many protesters. 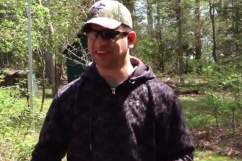 5. The Investigation Will Be Handed Over to the State’s Attorney on Friday

Gray was arrested April 12 by four officers outside a public housing complex. Police have not yet said why Gray was arrested. Police said four bicycle officers tried to stop Gray, who had a criminal record and was known to police, for an unspecified reason and he ran from them. They caught him and detained him while waiting for backup.

Police said the video does not show any use of force by the officers, according to The Associated Press. Witnesses can be heard screaming at the officers, saying Gray’s legs looked broken as the officers dragged him to a transport vehicle. Gray was in good health before his arrest.

Loading more stories
wpDiscuz
3
0
Would love your thoughts, please comment.x
()
x
| Reply
A prisoner who was in the police van with Freddie Gray claims Gray was "banging against the walls" and "was intentionally trying to injure himself."