Cops in Oregon are accusing Haley Fox of bashing her online-boyfriend over the head with a metal baseball bat just hours after meeting him for the first time. The incident happened on April 8 with the 24-year-old’s former boyfriend, Samuel Campbell, 26, lucky to walk away with minor injuries.

1. Campbell Had Just Agreed to Move to Oregon to Be With Fox

The two strangers had just decided to live together. A Marion County Sheriff’s Office press release says that Campbell had moved to Turner, Oregon, from his home in Alabama to be with Fox. The couple met online back in 2013, according to a police statement. The house that Campbell was brought to was her parent’s house located on rural Lipscomb Road SE in Marion County, Oregon (above).

2. She Told Police She Knew ‘It Only Took 7 Pounds of Force to Break a Human Being’s Neck.’

According to the sheriff’s statement, during her police interview Fox explained how the incident unfolded. She says that Campbell was drinking wine by a table outside her home. Fox then said she told him to “close his eyes” which is why she bashed him over the head with a bat. Cops say that Fox said she knew “it only took seven pounds of force to break a human being’s neck,” reports the Statesman Journal. She added that she had played softball from 4th to 11th grade. Fox 10 TV reported that after striking Campbell, Fox tied him up with tape.

3. Fox Could Be Facing 20 Years in Prison

She’s being charged with first degree assault in the case. Campbell suffered a skull fracture in the incident that required staples, but he’s already been released from a local hospital. According to Criminal Defense Lawyer, the maximum penalty for first degree assault conviction is 20 years in prison. Fox’s lawyer, Kevin Lafky, told the Associated Press, “Suffice it to say we completely disagree with the characterization of the facts that have been made by the sheriff’s office.” Fox hasn’t entered a plea in the case or made a public statement. She has posted a $100,000 bail and is not allowed to have any contact with Campbell.

4. Campbell Told Fox He Wouldn’t Say Anything to Authorities

The incident is being investigated by the Marion County Sheriff’s office. (Facebook)

The Salem Statesman Journal reports that Campebell says he promised Fox and another woman who drove him to the hospital that he wouldn’t divulge information about what happened. The other woman who was present at the house, Jennifer Beaumont, is being questioned by investigators but her role, if any, in the alleged crime hasn’t yet been released.

5. A Journal of Communication Study Says Long-Distance Relationships Are Stronger

A 2013 study published in the Journal of Communication showed that “While the public and the science community hold a pessimistic view towards long distance (LD), this research provides compelling support for the opposite side – long distance is not necessarily inferior to geographically close dating.” The study noted that those in long-distance relationship were more open about sharing details with their partner as well as feeling closer to them. According to the paper, three million Americans are in long-distance relationships, which of course are made easier by technological advances. 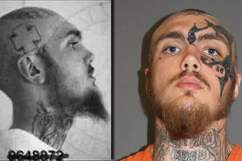 Loading more stories
wpDiscuz
4
0
Would love your thoughts, please comment.x
()
x
| Reply
Just hours after meeting in person for the first time, Haley Fox is accused of beating her Internet boyfriend of two years over the head with a baseball bat.