A 21-year-old Bridgewater State University student is accused of raping children he worked with at the Massachusetts college’s daycare facility. Kyle Loughlin was arrested on March 31.

Here’s what you need to know about Loughlin and the charges against him:

The Brockton Enterprise reports that Loughlin is accused of raping two children. He faces two counts of rape and three counts of indecently assaulting a child under the age of 14. Kids at the Bridgewater State University daycare center’s ages range from 33 months to 6 years old. In an email from the school’s president Dana Mohler-Faria that was obtained by Heavy, it reads:

Following a swift investigation by Bridgewater State University Police in response to suspicious behavior reported by staff, a student worker in the University’s Children’s Center was arrested and arraigned on charges of child sexual abuse today. The BSU student is currently in police custody. The Plymouth County District Attorney’s Office and the Massachusetts Department of Children and Families were notified by BSU police and are participating in the investigation.

University officials have notified the parents of the children involved. We are currently communicating directly with all of the parents of children enrolled in the Center. Details of this incident are just coming to light and we are immediately alerting the campus community as to the reported incidents.

In accordance with University policy, all BSU students and personnel at the center have passed criminal background and sex offender registry checks.

Our deepest concern is for the safety and welfare of children on the Bridgewater State University campus. We are treating this report extremely seriously and will be reaching out to the community and taking every step necessary to investigate and respond to these reports. Additionally, the University will begin a full review of the Children’s Center operation to ensure the highest level of professional practice is maintained.

We will continue to provide information to the community as it becomes available. If you have immediate questions about this notice, please contact the Bridgewater State University Police Department at 508-531-1212.

Police were first called to investigate at the daycare on March 27 when a parent told cops she suspected there was abuse going on at the facility.

2. Loughlin Went Through a Background Check Before Being Hired

Loughlin was an early childhood education student at Bridgewater State University and was working in the school’s daycare facility, reports WCVB. The station reports he went through an extensive background check before being hired.

3. Police Found 100 Pairs of Children’s Underwear & Diapers in His Apartment

Loughlin is being held without bail in Bridgewater, Massachusetts. My Fox Boston reports that he confessed to police after being arrested on March 31. WCVB reports that after conducting a search of Loughlin’s dorm room police found 100 pairs of children’s underwear and diapers in his room. The station also says that a computer was taken as evidence by cops from his family home.

On his Facebook page, Loughlin writes that he works at Johnson & Wales University in Rhode Island. His Facebook says he was due to graduate from Brigewater in 2016 and that he’s “interested in women.” On his page, Loughlin frequently posts pictures of classic and luxury sports cars.

5. His Fellow Students Thought He Was Too Close to the Kids

Loughlin is a native of Wrentham, Massachusetts. According to Wrentham Patch, he graduated from King Philip High School (above) in 2011. Speaking to WCVB, Bridgewater students said that Loughlin seemed too close for comfort with some of the kids he worked with and that he was “socially awkward.” 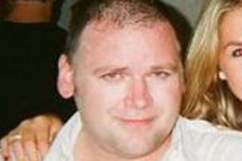