Author Peter Schweizer has shaken up the political world and the 2016 presidential race with his new book Clinton Cash: The Untold Story of How and Why Foreign Governments and Businesses Helped Make Bill and Hillary Rich.

Schweizer is the author of several books on politics and politicians, including Extortion: How Politicians Extract Your Money, Buy Votes, and Line Their Own Pockets, and Throw Them All Out: How Politicians and Their Friends Get Rich off Insider Stock Tips, Land Deals, and Cronyism That Would Send the Rest of Us to Prison.

The book is set to be released May 5, but many of its key revelations about the Clintons have been reported in advance by multiple media outlets. According to CNN, Schweizer says his book uncovers, “a pattern of financial transactions involving the Clintons that occurred contemporaneous with favorable U.S. policy decisions benefiting those providing the funds.”

He also alleges that foreign interests, including governments and businesses, helped make the Clintons rich.

“During Hillary’s years of public service, the Clintons have conducted or facilitated hundreds of large transactions (with foreign entities). Some of these transactions have put millions in their own pockets,” Schweizer writers, according to CNN.

1. ‘Clinton Cash’ Was Shared With Investigative Journalist to Give It ‘Additional Scrutiny’

Schweizer told Bloomberg News that he released the book to several media outlets, including the New York Times and Fox News, so that investigative journalists could give his claims more scrutiny.

“We didn’t just give it to reporters with the expectation that they would report on the book,” he told Bloomberg. “We shared it early on with investigative reporters at ABC, the New York Times, and the Washington Post because we wanted that additional scrutiny [of the book’s subjects]. And we want similar scrutiny for this project.”

He also denied allegations that he was paid by news organizations for an early look at the book.

“There was absolutely no money that changed hands. It’s ridiculous to suggest so,” he told Bloomberg.

2. His Book on Insider Trading in Congress Led to a New Law

Schweizer’s 2011 book, Throw Them All Out: How Politicians and Their Friends Get Rich off Insider Stock Tips, Land Deals, and Cronyism That Would Send the Rest of Us to Prison, helped lead to Congress passing the STOCK Act of 2012.

Schweizer wrote about that bill in a piece for The Daily Beast:

The passage of the STOCK Act in the Senate is just the first battlefield victory in this war for reform. The STOCK Act makes congressional insider-trading illegal. But let’s be clear: it alone doesn’t go nearly far enough to deal with the problems of cronyism and corruption that we face. It deals only with publicly traded stock, not equity buys in private companies. It does nothing to close the sweetheart deals involving IPO shares that can make politicians more money in one day than a bribe ever could. And insider-trading cases are very hard to win. On top of that, the Securities and Exchange Commission and Justice Department are unlikely to go after a powerful politician. Just look at what happened to the FBI when they were investigating Rep. William Jefferson, who famously took bribes and put the money in his freezer. There were threats to cut the FBI budget!

3. He Was a Foreign Policy Adviser to Sarah Palin

Peter Schweizer was a political adviser to Sarah Palin. (Getty)

Schweizer worked for Republican Sarah Palin in 2011 as a foreign policy adviser, according to the New York Times. He was paid $106,520 by Palin, according to FEC records.

His association with Palin has been used against him by Clinton defenders, along with his other ties to conservatives and right-leaning groups. He is the president of the right-leaning Government Accountability Institute.

4. He Has Faced Attacks About His Past Work

Media Matters claims Schweizer has a “long history of errors, retractions, and questionable sourcing.” In a post on its website, Media Matters highlights several items from that history.

5. He Is Planning a Book on Jeb Bush Next

Schweizer told Bloomberg that he is already working on his next book, an investigation into the finances of Republican presidential hopeful Jeb Bush. He said he expects to publish that book this summer.

“What we’re doing is a drill-down investigation of Jeb’s finances similar to what we did with the Clintons in terms of looking at financial dealings, cronyism, who he’s been involved with,” Schweizer told Bloomberg. “We’ve found some interesting things.”

Schweizer said he has been working with a team of researchers to examine Bush’s financial life for about four months, looking at his Florida land deals, an airport deal made while he was Florida governor involving state funds and Chinese investors in his private equity funds, among other things, according to Bloomberg. 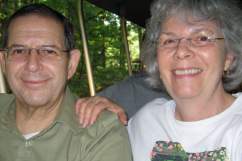